Gambling systems maker GAN performs ‘in line’ with expectations in 2016 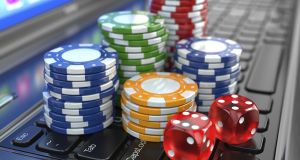 Game Publishing and Distribution: the firm said that by the end of the first half of 2017 it expects to operate systems for 12 major US casinos coast-to-coast together representing in excess of $8 billion in revenues

Game Publishing and Distribution (GAN), the gambling technology provider run by Dermot Smurfit jnr, said the company performed “in line with expectations” during the second half of 2016, and that its outlook for 2017 is “positive”.

In a trading update on its performance in 2016, GAN said the company benefited from cost management and foreign exchange movements, and generated positive earnings in the fourth quarter.

Dublin-based broker Davy noted that the business turned positive in terms of earnings before interest, tax, depreciation and amortisation (ebitda) in the fourth quarter with the launch of four simulated contracts in the second half of the year. It noted that a further four deals are expected to go live in the first half of this year

The company is backed by the Smurfit family and its investors include Dermot Desmond’s International Investment and Underwriting.

In real money regulated gaming, GAN said its New Jersey business continues to enjoy favourable market conditions and performed strongly in 2016, while net revenue growth in Italy continued in the second half, with GAN benefiting from the seasonally strong fourth-quarter period.

Across the US, the company said that its simulated gaming business continued to benefit from the launch of major new US casino operator clients, and that by the end of the first half of 2017 it expects to operate systems for 12 major US casinos coast-to-coast, together representing in excess of $8 billion in annual land-based gaming revenues.

On its agreement with Borgata Hotel Casino & Spa in New Jersey, GAN said Borgata’s simulated gaming online experience is currently expected to launch in the first quarter of this year and would contribute “materially” to GAN’s revenue and earnings.

However, Davy said confirmation that the Borgata deal would not extend to real money online services was disappointing .

“There would have been a hope in some quarters that the customer relationship could be extended to cover more services at some point,” analysts David Jennings and Robert Stokes said.

The company said further cost management actions and the expansion of engineering resources into the lower cost Bulgarian market would deliver positive financial benefits for the company in 2017.