War of words as library books contracts go outside Ireland 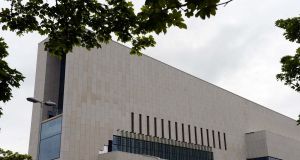 The Irish book industry has expressed dismay about the outcome of a national public tender on the supply of library books, saying it poses “a real threat” to Irish booksellers and suppliers.

Bookselling Ireland together with Words Ireland, an umbrella organisation for seven literature bodies, said 60 per cent of the €6 million annual contract had been awarded last month to suppliers based outside Ireland.

This will result in the loss of €14 million to the Irish industry over the four-year life of the contract, it said.

The industry is calling on the Government to reconsider its plans and make use of an exemption for cultural services in European Union procurement law. This would not lock out overseas suppliers, but could potentially offer more security to smaller Irish companies, it said.

Bookselling Ireland, which was previously known as the Booksellers Association, lobbied the Government last July to delay the national public tender for the supply of books to Irish public libraries, saying it had “frightening implications” for the sector in Ireland.

The sector feared a repeat of the 2015 national tender process for books supplied to academic institutions. This was awarded to Coutts Information Services, which is now part of ProQuest, a company based in Michigan in the US.

Bookselling Ireland and Words Ireland said the results of the academic and public library tenders meant a total of €28 million had been removed from the Irish book industry.

“Given the importance placed on supporting SMEs, it is disappointing to see a national tender process harming small businesses and putting them at a disadvantage,” the two groups said in a statement.