Investec indicator ahead of euro zone average of 54.4 and back to near high levels 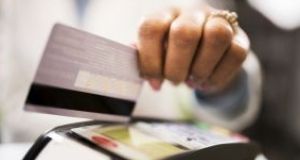 The index fell to a three-and-a-half- year low of 54.6 in October from a near-perfect three-year run above the 60-mark before the Brexit referendum

Growth in Ireland’s services strengthened in December, returning to near the level it had reached before Britain voted to leave the European Union, a survey showed on Thursday.

After the reading for manufacturing activity rose to its highest level in 17 months earlier this week, the Investec Services Purchasing Managers’ Index improved to a five-month high of 59.1 in December from 56.0 in November.

That kept the index well above the 50 mark that separates growth from contraction, after it fell to a three-and-a-half- year low of 54.6 in October from a near-perfect three-year run above the 60-mark before the referendum.

It was also ahead of the euro zone average of 54.4 in December, which was the fastest increase in activity in five-and-a-half years, as a weaker currency boosted demand for goods and services across the 19 euro states.

The sub-index measuring new export orders among Irish firms, which contracted for the first time since 2011 in November, rose to 54.1 from 49.8, a recovery some respondents put down to new business from Britain.

“The rate of growth in activity across much of Ireland’s private sector picked up in late 2016 after the ‘soft patch’ endured in the wake of the UK’s vote for Brexit,” Investec Ireland chief economist Philip O’Sullivan said, referring to both Irish PMI surveys.

“While political developments have the potential to put a dent in the pace of growth once again this year, we draw comfort from the fact that the Irish manufacturing and services sectors proved sufficiently resilient to continue expanding in spite of all the challenges that the past year produced.”