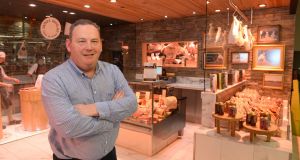 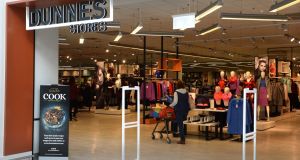 In 2015, the future appeared mapped out for Pat Whelan, who owned the Clonmel-based craft butchers chain that bears his father’s name, James Whelan.

The family business had come safely through the recession, which had incinerated many other small retailers. Whelan had also developed a concession retailing model with luxury goods group, Avoca, with which it had already opened three outlets.

With Avoca as its partner, and Ireland back in the black, the butcher appeared to have carved out a path towards significant growth.

“It was a perfect partnership for us,” says Whelan.

But then the path suddenly changed direction, before crossing unexpectedly with another famous Irish retailer. The Pratt family, which owned Avoca, put the group up for sale in 2015, queering the pitch for Whelan’s growth plans.

It is widely known in the retail industry that Dunnes Stores, which at the time was looking for a way to boost its food offering by acquiring specialists as part of an upmarket strategy shift, tried to buy Avoca, which was later sold to US catering giant, Aramark.

Having missed out on its original target, Dunnes turned its focus instead to Avoca’s meat concessionaire, which was a mainstay of Avoca’s luxury food markets and had a growing reputation for premium meat products.

Dunnes’ shareholders, who include the family of the retailer’s matriarch, Margaret Heffernan, soon reached out to Whelan. Within eight weeks of the Aramark deal, it had agreed a buyout of the retail operation of the butcher chain, while Whelan retained the slaughterhouse and farm.

The deal was closed last February, and Whelan agreed to stay on to run the retail operation for Dunnes.

“Now I can grow the business and with great resources too,” said Whelan, who is a committed Irish foodie. “I can live the dream.”

To succeed in retail, however, you have to be a pragmatist as well as a dreamer. Heffernan, the Iron Lady of the Irish grocery industry, is well known as a strong personality. Whelan, a gentle and polite sort, will have to navigate the currents and eddies that come with being part of Ireland’s biggest retailing dynasty.

“Because of Avoca, I have pedigree when it comes to operating with a bigger partner. I understand that you need to integrate,” he says.

What had originally looked, to outsiders, a slightly odd union has turned out to be, in fact, a marriage of real convenience. Dunnes has picked up a respected craft meat specialist to spearhead its move towards higher quality fresh food, while James Whelan Butchers has a corporate partner to help it build a national brand.

Just 2½ years on, and the tie-up is beginning to crank into gear.

Its third outlet in Dunnes Stores in Swords is just about to open, while it is eyeing further expansion in Dublin and outside the capital, with Cork a firm target.

Aramark may have captured Avoca, but Dunnes still has a foot in the door. It also owns the two remaining James Whelan Butchers in Avoca at Rathcoole and Kilmacanogue, as well as the family shop in Clonmel.

Together with the new Dunnes outlets, the whole lot is run by Whelan and 110 staff. The meat supply business he retained has an exclusive supply arrangement with Dunnes, and also sells some other, artisan Tipperary food products on the James Whelan shelves.

Whelan shies away somewhat from a previously-reported target to open up to 50 James Whelan butcher outlets on the Dunnes Stores estate. He wants the growth to be more careful and measured. But it is clear he hasn’t signed up with Dunnes to stay in the small time.

“World domination isn’t in my vision. We will expand as we grow, and we won’t roll it out to all Dunnes shops in a short period of time. We are being very careful and we will take the opportunities as they come. It could grow to 50 in time, but we’re not aiming at a particular number,” he says.

“I am the custodian of my family’s brand, and it will eventually grow to be a legacy brand. My great-grandchildren will see the name and they will know it as synonymous with quality.”

Dunnes Stores has a notoriously shy relationship with the media, so my visit to its outlet in the Rathmines Swan centre has a novelty attraction. The group’s strategy shift towards upmarket Irish food is clearly apparent here, and its store in the fashionable Dublin enclave is an obvious place to test those waters.

Alongside the distinct James Whelan outlet, there sits a Sheridan’s cheesemongers and a coffee and deli counter operated by Baxter & Greene. This is one of the brands Dunnes acquired when it bought the Cafe Sol chain in 2015. That fired the starting gun on its new “quality” vision.

“Dunnes wanted to bring in specialists into their business. They wanted more choice for their customers and they saw the future of Dunnes as celebrating quality Irish food, which appealed to me,” says Whelan.

There is a performance element to their outlets, far beyond what you would normally expect to see from a normal supermarket meat counter. The normally back-of-house preparation area is pushed front-and-centre, fully visible behind a glass screen.

This makes it an integral part of the consumer offering, as the butchers carve meat in full view like actors on a stage, reinforcing the pitch based on food provenance. The products are at the upper-end of the quality range, and priced above Dunnes’ traditional meat offering, which is sold elsewhere in the shop.

“You can see the change Dunnes is going through overall,” says Whelan. “They’ve brought the craft element into their fashion business, with partnerships such as the one with Paul Costello. Now they’re looking at their food business and applying the same principle.”

He says Dunnes has “identified where they are good themselves, and where they could be better”.

“Then they have layered specialists into their offering to give real choice. This is Dunnes standing back and saying, you know what, here are the brand leaders and this is where we want to be.”

Just as Dunnes has a strong family heritage, so, too, does James Whelan’s. Butchering goes back five generations on his mother’s side, says Whelan. His parents opened the family’s first butcher shop in Clonmel in 1960. Whelan worked in the business as a youngster.

In the 1970s, Dunnes opened the Oakville shopping centre in Clonmel, and James Whelan’s signed up as a tenant, retaining the town centre shop.

“We lived over the town shop. If there was a leg of lamb needed in Oakville, I went on my bike to drop it over. This was a continuum of family life. We ran a quality butchers and it was understood that this was a part of who we were.”

Whelan trained as a butcher in the Clonmel stores, but moved to Dublin to study business. After a few years working elsewhere in the retail industry, he returned to take over the family business in 1999.

By 2001, he was repositioning it by adding a deli counter and pre-prepared meals. Soon he took the brand on the road to farmers’ markets and, by 2004, he opened up a full e-commerce website.

“I think it was a bit ahead of its time,” says Whelan.

Undaunted, he built on his father’s philosophy of fostering relationships with customers and developed a home ordering business. The business grew on and offline throughout the recession. It partnered Avoca in 2011, before being bought by Dunnes.

“It’s not about us being consumed by this big business. We sit independently within the group,” says Whelan.

“They’re making it into a destination retailer, especially with food. Dunnes has its own unique supply chain – no other Irish grocer controls its own meat factory, but Dunnes employs 150 butchers at its facility in Clondalkin.

“They’re doing all of this behind closed doors, but the people who own it are completely committed to it. They’re a great Irish family, working to make this a better company.”

His comments about the complete “commitment” of the Dunne/Heffernan family chimes with a feeling within the industry that Margaret Heffernan has already decided to move the business on to the next generation of her family, rather than sell out to a bigger operator such as Asda.

Whelan, meanwhile, is overseeing the integration and rollout of the butcher business into Dunnes, and who knows for how long he will stay. He is already making plans to produce the next generation of craft butchers with a training academy he is developing within the James Whelan retail business.

The exclusive supply contract he has with Dunnes also appears to be a game-changer, in volume terms, for the farm and slaughterhouse business he held on to. In many ways, this could be a lucrative partnership for Whelan.

“I couldn’t see a downside to it. They were allowing me to stay on, grow the business, and they didn’t want to interfere in any way. The opportunity was too seductive.”

Position: Chief executive of family business James Whelan Butchers, which was acquired in 2016 by Dunnes Stores

Family: Married to Lina and they have three children, Ben, Tom and Isabel

Hobbies: Reading real-life stories/biographies and long walks in the country

Something about him we would expect: A meat industry evangelist, he wrote the books “An Irish Beef Book” and “The Irish Butcher Shop”.

Something that might surprise: He may be a meat evangelist, but he also loves to order seafood on nights out.