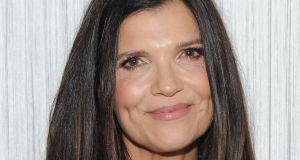 New figures lodged with the Companies Office show that Edun Apparel Ltd recorded a loss of $6.3 million (€5.3 million) in the 12 months to the end of December last.

The loss last year continued the trend of hefty annual losses recorded over recent years for the firm and the 2016 loss followed losses of $7.56 million in 2015 and a $5.57 million loss recorded in 2014.

The U2 frontman and his wife Ali Hewson established the global fashion brand in 2005 in an effort to bring about positive change through its trading relationship with Africa and its positioning as a creative force in contemporary fashion.

The fashion brand is based in New York City and its website states that “in respect of its mission to source production and encourage trade in Africa, Edun mixes its modern designer vision with the richness and positivity of this fast-growing continent”.

It adds that “Edun is building long-term, sustainable growth opportunities by supporting manufacturers, community-based initiatives and partnering with African artists and artisans”.

The 2016 accounts show that the firm’s shareholders, Bono, Ali Hewson and the world’s largest luxury goods group, LVMH continue to prop up the firm by way of shareholder loans.

LVMH - which owns some of the world’s top luxury brands including Louis Vuitton, Moet Chandon and designer brand Donna Karan - owns 49 per cent of Edun Apparel.

A note attached to the accounts states that that the company is financed by way of shareholder loans.

The note states: “The shareholders have confirmed that they will not seek repayment of the said loans for the foreseeable future and they will provide the company with sufficient finances to ensure the continued operation of the company.”

Arising from the 2009 deal to purchase just under half of Edun, LVMH provides support, investment and infrastructure to help the business grow into a global fashion brand and support its vision to grow trade in Africa.

Bono and Ali Hewson have featured in Louis Vuitton’s Core Values ad campaign with the two wearing Edun brand clothing on location in Africa in photographs taken by Annie Leibovitz.

The figures show that Edun’s net liabilities increased from $51.67 million to $57 million during the year.

The firm’s cash pile during the year increased from $3 million to $4.2 million. The accounts show that management fees charges by US-based subsidiary Edun Americas Inc last year decreased from $3.1 million to $1.79 million.