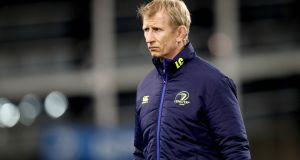 Public relations firm Cullen Communications, whose clients include Bord Bia, FedEx, Ford and Thomas Cook, has reported a slight dip in profits following the handover of the business from founder Frank Cullen to his two sons.

Owen Cullen took over as managing director of the company in 2013. Another son, agency chairman Leo Cullen is head coach with Leinster Rugby, having previously captained the province to three Heineken Cups during a career in which he won 32 caps for Ireland.

“Since 2013, Cullen Communications has been implementing a family succession plan which included the purchase of shares from a previous director as well as investment in expanding the agency’s service offering, all of which impacted on profitability in 2015/16,” managing director Owen Cullen told The Irish Times.

“That restructuring process is now complete and it is expected that the current financial year will be more in line with the firm’s performance in prior years. The longer-term outlook is positive and further growth is forecast due to an expanded service offering and the acquisition of a number of new clients,” he added.