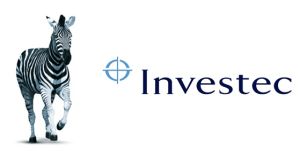 Profits more than halved at one of specialist banking and asset-management group Investec’s main Irish subsidiaries last year, according to newly-filed accounts.

Investec Holdings (Ireland) Limited recorded a pretax profit of €9.9 million for the 12 months ending March 2016, compared to a €20.1 million profit a year earlier after investment income slumped to €10 million from €25.1 million a year earlier.

Total shareholder funds amounted to €58.2 million at the end of the reporting period, as against €54.6m the previous year. An interim dividend of €6.4 million was paid out to the company’s parent, down from €13.5 million for the year ending March 2015.

A second Irish unit, Investec Securities Holdings Ireland Limited, which provides wealth management and stockbroking services, recorded a €6.5 million profit during the year under review, as against €1.65 million in the preceding year. The company recorded revenues of €13.2 million versus €12.5 million for the year ending March 31st, 2015.

Total equity and liabilities for the company amounted to €46.3 million, up from €35.8 million a year earlier. Client funds totalling €443.6 million were on deposit in bank accounts opened by the group on behalf of clients, compared to €441.2 million in the previous year.

The accounts show the group holds an investment in an unlisted plc which was revalued to €19.9 million from €12.1 million during the reporting period.

A spokesman for Investec stressed that the sets of accounts represent only a subset of the group’s operations in Ireland.

Investec provides a diverse range of financial products and services primarily to a niche client base in Ireland, the UK, South Africa and Australia.