MBA salary boost? Depends on how you measure it

Cantillon: MBA graduates can expect varying degrees of remuneration, from 61% to 180% 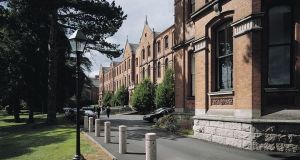 Graduates of UCD Michael Smurfit Graduate Business School saw remuneration rise 71 per cent within three years, which seems an enviable figure, but is actually the fifth-lowest in the Financial Times annual survey.

Thinking of doing an MBA but worried that you will never earn back the cost? New figures from the Financial Times show that graduates of UCD Michael Smurfit Graduate Business School (the only Irish school on the Top 100 global list), saw remuneration rise 71 per cent within three years of doing the degree.

It’s a salary increase most people would envy, but it still trails the sort of financial return reported at other business schools. It is, in fact, the fifth-lowest among the programmes in the annual survey – with New South Wales Business School in Sydney, Australia posting the lowest at 61 per cent.

Mexico’s IPADE Business School delivers the highest financial return, with MBA graduates enjoying a salary increase of 180 per cent within three years of the programme, while US universities such as Rutgers, Michigan State and Iowa all reported salary increases of more than 120 per cent.

The top-ranking business school in the survey, INSEAD in France, has a 95 per cent salary increase, while Harvard boasts a 97 per cent increase and Cambridge 107 per cent.

It’s a hefty chunk, though substantially less than an MBA student can expect to pay at Harvard (€60,000 a year on a two-year programme) or Saïd Business School at University of Oxford (€61,000).

This means that when it comes to “value for money”, UCD Smurfit School is closer to the top of the class, placing 16th.

The top-ranking in “value for money” is Cambridge Judge Business School at University of Cambridge, followed by the European School of Management and Technology in Berlin, and EDHEC Business School in France.

When it comes to measuring reward, it all depends how you look at things.