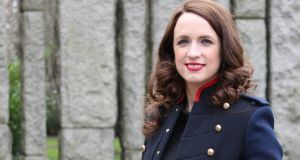 Former Dragon’s Den star Ramona Nicholas and her husband address what they say are ‘materially incorrect’ assertions by a lender, which they say could damage their reputations if left unchallenged.

Former Dragon’s Den television star Ramona Nicholas and her husband Canice will now support the examinership process initiated for their Cara pharmacy chain by its lenders. However, the couple want to “set the record straight” regarding what they say are “materially incorrect” assertions by the lender, which they say could damage their reputations if left unchallenged.

The lender, Elm Corporate Credit, an affiliate of Dunport Capital, earlier this month applied to have Ken Tyrrell appointed interim examiner to the chain of 13 pharmacies over a €14 million debt. Cara’s founders, Mr and Ms Nicholas, originally opposed it.

Elm told the High Court that its confidence in Cara’s management was undermined by budgeting difficulties. It also alleged repayments were missed, and it raised concerns over loans to the directors, the fate of 37 cheques, and €100,000 it says was sent outside the group.

The case is due back before the High Court today to confirm the examiner’s appointment. Earlier this week, however, Canice Nicholas filed an affidavit with the court agreeing to support the process and suggesting the owners would make a bid for Cara in the examinership.

He said the purpose of his affidavit was two-fold: to show that the financial challenges alleged by Elm are “overstated”, and to correct what he alleges are damaging mistakes in its application.

He acknowledges that four of the 20 repayments to Elm were late, but said three of those were with Elm’s agreement while the fourth, due on March 31st, was delayed “as a direct consequence” of the Covid-19 crisis. It was paid later in the summer. He said a financial report with Elm’s application assumed a zero cash balance, whereas Cara actually has €1.4 million in reserves, enough to cover the €1.2 million cost of the examinership.

Mr Nicholas alleges a 2021 forecast of a 57 per decline in earnings, relied on by Elm to show the difficulties ahead for Cara, is “unrealistic”. This is because, he alleges, Elm insisted it was prepared on second quarter 2020 figures, “the three worst trading months in Cara’s history” due to the pandemic.

Mr Nicholas rejected the concerns over 37 cheques and payments outside the group. He said the €804,000 in cheques paid for rent and supplies, and he submitted details to the court in a spreadsheet. He also provided bank statements which he said show the €100,000 was loaned to a third party in 2018, and repaid to Cara four months later. All directors loans were repaid, he says.

He said Cara’s ability to hold board meetings was affected by the pandemic, and he also rejected concerns raised by Elm over rent paid by Cara to him on a unit he owns in Co Sligo. He says Elm asserted the rent is too high at €150,000, whereas the rent “actually paid by Cara to me” is just €60,000.

The case is due before the High Court later on Thursday.