Eason’s buyout of Dubray gets clearance from competition body

Former family-owned chain, with eight bookshops, will continue to run as a standalone unit 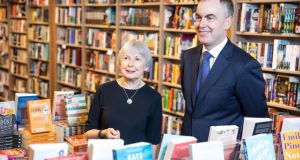 The State’s competition watchdog has cleared the acquisition by Eason of rival bookseller, Dubray.

The deal for Eason to buy the eight-strong chain of Dubray outlets was announced in February. Subsequent to the transaction’s announcement, the Competition and Consumer Protection Commission (CCPC) launched an examination of the deal.

The CCPC now says the transaction has been cleared following a preliminary phase one investigation, as it “will not substantially lessen competition in any market for goods or services”.

Eason, which permanently shut its Northern Ireland stores in the pandemic and is letting 150 staff go in the Republic, bought Dubray because it is a specialised books-only retailer, targeting a different segment of the market to Eason, which is also a retailer of stationery and gifts.

Dubray will continue to be run as a standalone unit within Eason by its management team. The former family-owned business has annual sales of about €9 million and is profitable.

The addition of Dubray’s stores brings the Eason network to 61, after the closure of its stores in the North. Dubray’s network is mainly concentrated in the greater Dublin area, including Bray where it was founded, while it also has an outlet in Galway.

Eason, meanwhile, has invested in its digital offering over recent years and it ramped up its online book sales during the coronavirus lockdown earlier in the year. Its shareholders are due to share a €20 million payout this year from the sale of some of its properties. But it has delayed the planned disposal of three more of its buildings, including its flagship O’Connell Street branch in Dublin due to the impact of the pandemic on the economy.