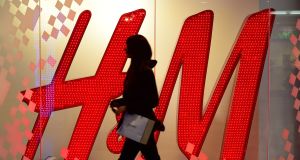 H&M, the world’s second-biggest fashion retailer, reported a better than expected preliminary quarterly profit before tax of around 2 billion crowns (€192 million) as it recovered quickly from a coronavirus-induced slump.

Analysts had on average seen a profit of 191 million crowns for the June-August period, against a year-ago profit of 5.01 billion, according to Refinitiv’s SmartEstimate model, which is weighted towards more recent estimates and higher-ranked analysts.

“As a result of appreciated collections together with rapid and decisive actions, the H&M group’s recovery is better than expected,” the Swedish firm said in a statement. “More full-price sales combined with strong cost control enabled the company to already turn to profit in the third quarter.”

Net sales fell 19 per cent to 50.9 billion crowns from a year earlier. Analysts had on average forecast an 18 per cent fall, according to Refinitiv SmartEstimate. Measured in local currencies, the drop was 16 per cent.

“Third-quarter profit is indicated much better than expected,” said Societe Generale analyst Anne Critchlow who has a ‘hold’ rating on H&M’s shares and whose current pretax profit estimate is 593 million crowns. “This would be 60 per cent down on last year’s 5 billion crowns, but is still very good news and well above consensus.”

In the March-May quarter, the pandemic pushed H&M into a deep loss as sales halved. – Reuters