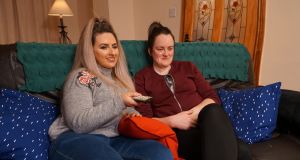 Gogglebox Ireland’s Dale and Dawn watch the week’s TV highlights and lowlights for the Virgin Media Television show, commissioned from the independent sector.

RTÉ is behaving “aggressively” and undermining competition in the broadcasting market even as it flags its financial woes to Government, Virgin Media Television has complained to RTÉ director general Dee Forbes.

Virgin, owned by broadband and pay-TV company Virgin Media Ireland, has accused its rival of using its public funding to outbid it for production staff, on-screen personnel, sports rights and programming.

In a letter sent to Ms Forbes, Virgin Media Television director of content Bill Malone claims RTÉ is making the independent production sector a “sacrificial lamb” for the organisation’s “budgetary and organisational deficits”.

Virgin said it appeared RTÉ would not reach its statutory obligation to spend about €40 million on independent commissions this year, despite receiving the “very significant platform” of licence fee funds – €189 million in 2018 – and availing of State wage subsidies.

Mr Malone also wrote that RTÉ “regularly seeks to poach and entice Virgin Media Television employees into its organisation” notwithstanding a previously announced restructuring plan, since stalled on foot of political events, to reduce its workforce by about 200 jobs.

The Virgin executive, who made the reverse journey from Montrose to Ballymount in 2016, said the remuneration rates at RTÉ were “exorbitant” and “do not reflect the market reality”.

Mr Malone told The Irish Times that Virgin Media Television was endeavouring to support the Irish creative sector by “developing Irish IP” for global markets and through its activities as name sponsor of the Dublin International Film Festival, among other initiatives. But Virgin “can only spend what we earn” and did not have the option to record annual deficits or “overspend”, he said.

RTÉ disputed some of the contents of the letter. It highlighted that it was required by law to fund its programming through both licence fee and commercial revenues and noted that it was no longer availing of the State’s Covid-19 wage subsidies.

“While RTÉ has been impacted by the Covid-19 pandemic and continues to face many challenges, the outlook for the remainder of the year has significantly improved.”

Its statement continued: “Ireland’s independent sector is very important to RTÉ and we continue to work closely with the sector to innovate and adapt, in very challenging circumstances, to produce engaging and entertaining content for our audiences.”

It is understood State-owned RTÉ will be close to reaching its statutory minimum expenditure for independent programme commissions this year, but will still need to use a clause in the Broadcasting Act that permits it to carry over a shortfall in spending to next year.

“This year, more than ever, RTÉ need to ensure that the full amount specified by the Broadcasting Act is put into the independent production account as this spend is critical to ensure the sustainability of Irish production companies, the retention of jobs across the regions and to provide Irish audiences with much needed new content,” said SPI chief executive Elaine Geraghty.