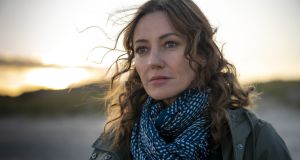 Orla Brady stars in The South Westerlies, currently airing on RTÉ One. The series is among the television dramas that have been supported by Screen Ireland.

Five Irish television dramas and a talent academy initiative are among the television-focused projects to be given new funding from Screen Ireland after the agency was awarded an extra €3 million in the Government’s July stimulus package.

Some €900,000 of the funds awarded by Minister for Media Catherine Martin will be allocated to five television dramas to help them begin production as soon as possible and create employment opportunities in the sector.

Screen Ireland said it expected a number of the projects would shoot on location in Galway, Cork, Clare and Limerick into early 2021.

Some €600,000 will be invested in a National Talent Development Academy for drama and scripted production, which will be based outside of the Dublin-Wicklow region. Further details will be announced in due course, Screen Ireland said.

These measures follow the opening of Screen Ireland’s production continuity fund, which is designed to “de-risk” costs associated with Covid-19.

“There are now a number of projects up and running with strict Covid-19 guidelines in place,” said Annie Doona, who chairs the agency.

“The industry is demonstrating resilience and creativity in making sure that production can go ahead, whilst also keeping strict protocols and procedures in place to control the spread of Covid-19.”

Dr Doona said the stimulus support funds would offer “a clear path” for investment, employment and creative development, and that the talent academy would “help to provide an engine of expert growth and skills development”.

Further stimulus investments are planned as part of the Screen Ireland production submission process in the coming months, with diversity and emerging talent set to be “at the heart of all funding decisions”.

The agency, which until mid-2018 was known as the Irish Film Board, has only recently involved itself in television drama, with the Element Pictures adaptation of Normal People and Deadpan Pictures series The South Westerlies among the first to receive funding from this source.

The Minister said she was pleased by the geographical spread of Screen Ireland’s funding decisions.