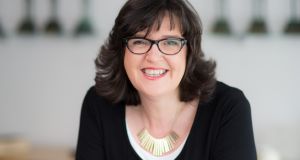 Siobhán Molloy, the Irish boss of public relations group Weber Shandwick, has bought the business out of the ownership of multinational communications group Interpublic

The Irish boss of public relations group Weber Shandwick has bought the business out of the ownership of multinational communications group Interpublic.

Siobhán Molloy, managing director of the business in the Republic, has acquired that business while her counterpart in Northern Ireland, Ross Williamson, has done the same north of the Border.

No financial details have been disclosed. Both independent groups say they will continue to operate as partners in the Weber Shandwick worldwide network.

Ms Molloy insisted the buyout was an amicable arrangement and praised the support she had received from the executive team at Interpublic through the process.

“Operating as an independent agency will provide us with us with additional opportunities and agility to develop our business in this market while remaining as the Irish partner to the international Weber Shandwick network, which has served us well for the last 20 years,” Ms Molloy said.

The agency, which has 10 staff, represents a range of clients including Nestlé, the Irish Hotels Federation, Amazon Prime, Ericsson, and Irish companies such as the Ardmore and Troy film studios, and Water Wipes, as well as a number of State clients.

She said the agency had been exceptionally busy through the Covid-19 pandemic, with the broad range of clients seeing it weather the lockdown and even grow business during the period.

It joined the Weber Shandwick network and was acquired as part of that group by Interpublic in 2000.

Ms Molloy joined the business in 1997 and has been managing director since 2004.