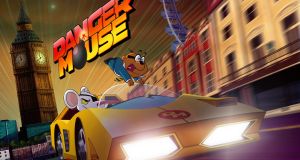 Danger Mouse, which Boulder Media worked on for BBC and Fremantle. Photograph: FremantleMedia

Irish animation studio Boulder Media saw turnover jump by more than 60 per cent in 2018, according to figures just filed with Companies Office.

The studio, founded in 2000 by Emmy-nominated director Robert Cullen, has produced cartoons for Disney, Cartoon Network, the BBC and Nickelodeon and has been aggressively expanding its workforce following its acquisition in 2016 by US toy giant Hasbro.

That expansion was also reflected in a doubling of the bill for operating leases on buildings to just shy of €740,000. The cost for depreciation of fixed assets more than doubled to €1.14 million from €482,000 in 2017.

Pre-tax profit at the business actually slipped slightly, to €3.52 million from €3.63 million a year earlier.

Dún Laoghaire-Rathdown County Council last year rejected a proposal from Hasbro to bring “Hollywood production” to the Dublin suburb with a studio in the old Stena Line terminal which would have involved Boulder.

At the time, Hasbro said it was planning to use Boulder Media for a number of theatrical released movies on a long-term repeating cycle, which would support a €5 million investment in bringing the terminal building – which has lain unused since 2015 – up to standard.