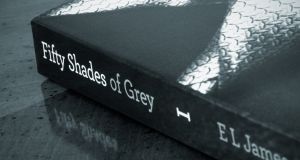 Fifty Shades of Grey set the record of being the fastest-selling paperback of all times when it launched in 2011.

Ireland was amongst a number of territories that lapped up the series with figures from Nielsen Bookscan showing that sales here generated over €4 million since 2011.

Figures recently filed at the UK Companies House show Fifty Shades Ltd recorded the surge in profits to £13.55 million (€15 million) for the 12 months to the end of October last after revenues increased by 50 per cent from £10.2 million to £15.4 million.

The accounts show that Ms James pocketed £6. 9 million in dividends last year and this followed a dividend payout of £5.25 million in 2017.

The accounts for her Fifty Shades company show that it was sitting on accumulated profits of £62 million at the end of October last.

This included a cash pile of £39 million and investments valued at £22.2 million.

The directors said that “the company had a successful year during which it continued to receive royalties from the book and film”.

The erotica book series has been the publishing phenomenon of the decade since publication of the first book in 2011 and has sold 125 million books around the world, spawning global hit movies at the box office.

The book that launched the three series phenomenon, Fifty Shades of Grey has sold 200,000 copies in Ireland generating €1.6 million in sales.