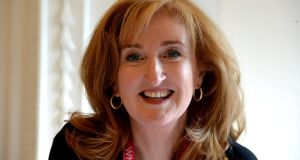 Denis O’Brien’s Communicorp Media and Rupert Murdoch’s Wireless Group have made multiple objections to the “heavy-handed” manner in which broadcasting is regulated, with both groups contrasting their treatment with the absence of market restrictions for online giants Google and Facebook.

In its response to the Broadcasting Authority of Ireland (BAI) consultation on a review of its ownership and control policy, Communicorp said the process was “flawed” and “baffling”.

An earlier draft of the policy was not “relevant and appropriate for the Irish media market” either now or in the future, it said.

“Google and Facebook control over 38 per cent of total advertising revenue in Ireland are wholly unregulated while broadcasting remains highly regulated. The BAI cannot continue with regulation that is stuck in a time-warp,” Communicorp wrote.

Mr O’Brien’s group is the owner of national stations Today FM and Newstalk, as well as 98FM, Spin 1038 and Spin South West. Its chairwoman, Lucy Gaffney, wrote to Minister for Communications Richard Bruton on a similar theme in February.

It also pointed to the disparity between radio and digital media regulation.

“Digital and social media companies such as Facebook and Google are able to act nimbly and responsively to a changing media marketplace that independent radio operators are unable to replicate.”

The BAI has opted not to lift a regulation that prevents commercial radio groups from exceeding a 25 per cent market share. Both Communicorp and Wireless had sought the abolition of this cap.

No radio group currently has more than 20 per cent share, but Communicorp said there was an “obvious need for consolidation” in the sector. It described the threshold as “a relic of the analogue age” that was jeopardising Irish radio.

Wireless said it “does not support” the aims of a policy that involves “radio-specific restrictions” rather than a cross-media ownership approach.

The Independent Broadcasters of Ireland (IBI) group, which represents the non-RTÉ radio sector, said the “prognosis for the short and medium term is bleak” as a result of the “profound shift” in advertising revenue to Google and Facebook.

The BAI is restricted in its powers by the Broadcasting Act 2009, which makes no reference to online media. It said this limited its ability to respond to “significant changes” in the media landscape and that it had recommended that the Government update the legislation.

Chief executive Michael O’Keeffe said the BAI had given “careful consideration” to requests to relax the limits on commercial radio ownership.

“While acknowledging the rapid evolution of the media environment, the BAI remains of the view that this upper limit is appropriate, and it is retained in the revised policy,” he said.

If online media services were counted in the regulator’s definition of the media, the market share of “traditional” broadcasting companies would shrink overnight.

The BAI’s ownership and control policy has been subject to close attention since the regulator ruled in 2012 that Denis O’Brien’s then 29.9 per cent shareholding in Independent News & Media (INM) gave him “substantial interest” in the news publisher but not “control”.

The policy also widens the scope of the character tests that the BAI can apply when assessing the desirability of the people or group of people who have control of or substantial interests in “an undue number of services”.

Certain criminal offences – including money laundering, human trafficking and corruption – have been added to the tests, as have non-criminal matters such as adverse findings by a tax authority, a charge of gross professional misconduct by a regulator or a finding of anti-competitive conduct by a competition body.

“Where media plurality is healthy, it ensures that citizens have access to a variety of information sources, opinions and voices, including sources of news and current affairs,” Mr O’Keeffe said.