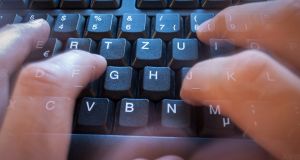 The move to bring in tighter rules on what people are exposed to online will be welcomed by many campaigners and parents. Photograph: iStock

Mr Bruton said they represent a “new era of accountability” for platform providers, the first of their kind in Europe.

“What we are trying to do here is to focus on the sort of things that create harm: cyberbullying, creating content that could lead people into depression or other suicidal thoughts,” he said.

It would also regulate content that might lead to eating disorders, as well as the use of product placement and advertising.

All details of the forthcoming Online Safety and Media Regulation Bill must now be considered by the Oireachtas communications committee.

A newly appointed commissioner would work within the remit of a media commission, itself replacing the Broadcasting Authority of Ireland. The commissioner would set out a number of codes governing various aspects of online activity and its oversight.

There are also suggestions for the establishment of a scheme to receive “super complaints” from nominated bodies including NGOs regarding systemic issues.

For their part, tech companies would be required to facilitate complaint mechanisms and build software that can identify harmful content.

The proposed regulations would be supported by an escalating range of sanctions from compliance warnings to financial penalties, as well as directing a company to take certain actions or even blocking their services. Some of the sanctions would require court approval.

Mr Bruton said fines should be “significant” and that their potential link to financial turnover “would be certainly an element that we would consider”.

However, pointing to the experience of regulators in Australia, he said the use of heavy-handed penalties, particularly blocking online services, was unlikely given companies had a vested interest in being seen to adhere to regulations in order to best serve their customers.

Over time, he hopes a “wider network” of other countries would apply similar regulations. And despite a pending election here, he said it was an “absolute certainty” the legislation would proceed given its broad political support.

“In implementing this legislation you have to be very conscious that you balance people’s right to freedom of expression with the right to protect people from harm.”

During early consultation, some “differences of opinion” had arisen, particularly regarding the industry’s role in financing the regulator.

The move to bring in tighter rules on what people are exposed to online will be welcomed by many campaigners and parents, long concerned at perceptions of a lawless social space.

The Irish Society for the Prevention of Cruelty to Children (ISPCC) has backed the creation of an independent office of online safety commissioner since the 2016 Law Reform Commission report on harmful communications and digital safety.

“The ISPCC is acutely aware of the long-term and devastating consequences which harmful online content, for example material promoting eating disorders and self-harm, can have on children and young people,” said chief executive John Church, welcoming the publication on Friday.

At Donahies Community School in Donaghmede, north Dublin, where Mr Bruton announced the draft laws, principal Peter Keohane said there were about three serious incidents of online abuse experienced by children in a typical school year.

“Young people are suffering far more from anxiety and stresses and mental health issues than ever before in my experience. Why is that?” he said.

“Online platforms have got to take responsibility for it, for some of it.”