Will the new Media Commission be enough in a changing industry? 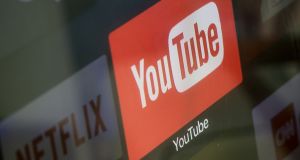 The new Media Commission’s efficacy will depend on the level of resources granted to it by Government. File photograph: Chris McGrath/Getty Images

Financial penalties are among the range of sanctions that will be available to the proposed new Media Commission, a body that will take on the existing functions of the Broadcasting Authority of Ireland (BAI) and add new and overdue powers to regulate online media.

But for the mooted new organisation – a sort of BAI Plus, in technology-speak – to have genuine ability to scare Silicon Valley behemoths into taking responsibility for the content on their platforms, the financial penalties available to it will have to be big indeed.

The upper amount “will be decided in the coming months”, the Government has said, but Minister for Communications Richard Bruton indicated on Friday that it will be based on a percentage of turnover.

This is not a surprise, as fines for breaches of General Data Protection Regulation (GDPR) already work along turnover-percentage lines. In the case of GDPR, they can run up to 4 per cent of global turnover, which for a tech giant can run into billions.

The Online Safety and Media Regulation Bill is really a two-in-one job that combines the Government’s urge to regulate online media – and “create a culture of active compliance among online services” – with its need to transpose the provisions of the European Union’s new audio-visual media services directive into law by September 2020.

Under the bill, the BAI will effectively get what it wanted when it told the Government last year that it was keen to be “at the nucleus” of a new regulatory body responsible for ordering Facebook, Google-owned YouTube, Twitter and other social media companies to remove video content deemed “harmful”.

Goodbye BAI, hello Media Commission. The removal of “broadcasting” from the title of the regulator is less accidental as it is highly symbolic of the changes that have revolutionised the media market over the past decade.

Companies still dependent on advertising revenues from what is technically “broadcasting” – a very 20th-century concept – must now live alongside a lengthening string of subscription on-demand giants led by Netflix, as well as free-to-access platforms like Facebook and YouTube.

With the staff of the BAI set to transfer to the Media Commission, the new body will closely resemble the old one, but with refreshed logos and letterheads. There will be one key addition, however: one of the appointees to the commission will serve as Ireland’s first Online Safety Commissioner.

This busy individual will have new powers to regulate digital media companies, including the ability to issue take-down notices and investigate “super complaints” from NGOs and other nominated bodies.

When he or she is not busy running public awareness campaigns and educational initiatives on online safety and media literacy, the commissioner will have the power to publish compliance and warning notices against a range of online services, including social media companies, public boards and forums, online gaming services, search engines and internet service providers.

If these notices are ignored, the Government says the Media Commission will then be able to block an offending online service, compel it to take certain actions and progress to the financial penalties. The application of each of these sanctions will first require court approval, however.

Whether the new regime results in “a new era of accountability”, as Minister for Communications Richard Bruton has suggested, will also depend on the level of resources this Government and future governments are prepared to give it.

While a desire to protect children from cyberbullying and other harms is at the heart of the Government’s messaging on this legislation, Irish media businesses may be more intrigued by how the Media Commission will be funded.

It has long been the source of contention among Irish broadcasters that they pay a levy to the BAI to cover the cost of their own regulation, while online players and broadcasters based outside the State yet active in the Irish advertising market have had no such burden.

If the Government avails of new provisions in the EU directive, it should be able to bring more companies into the levy loop, creating a fairer industry.

Funding agencies such as Screen Ireland have argued that this potential pot of money should also be used as a new source of finance for Irish audio-visual content, helping Irish stories keep their place in a crowded and often frantic media marketplace.