Havas withdraws ad spending from Google and YouTube in UK 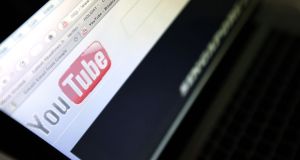 Havas said it was considering a global freeze on YouTube and Google ads.

Havas, the French media agency, has joined the British government in pulling all of its digital ad spending from Google and YouTube in the UK, after it was revealed that government and corporate advertisements were being displayed alongside videos that advocate extremism.

Havas, one of the world’s largest marketing groups, spends about £175 million (€202 million) on digital advertising in the UK annually. It said it was also considering a global freeze on YouTube and Google ads.

The UK government has also stopped its YouTube spending, which is part of a £60 million annual budget for digital advertising, until the problem is resolved.

Google has already apologised publicly for the problem, which resulted in advertising from the Home Office, the BBC and Transport for London displayed next to hate-inciting and homophobic videos.

Havas, whose clients include telecoms group O2, the BBC and Royal Mail, said it pulled its ads because Google was “unable to provide specific reassurances . . . that their video or display content is classified [as acceptable] either quickly enough or with the correct filters”.

Google said it would change both its technology and its policies to give more control to advertisers on its platforms. Currently it flags and then reviews questionable content, and deals with about 200,000 flags a day. The company says 98 per cent of those are reviewed within 24 hours.

“With millions of sites in our network and 400 hours of video uploaded to YouTube every minute, we recognise that we don’t always get it right,” said Ronan Harris, Google UK’s managing director. “In a very small percentage of cases, ads appear against content that violates our monetisation policies. We promptly remove the ads in those instances, but we know we can and must do more.”

Group M, part of the world’s biggest advertising group WPP, said it was monitoring the response from its clients before deciding whether to follow suit.

But Rob Norman, chief digital officer for Group M, added that Google’s response to the crisis was “not appropriate”.

“Google should make it public that this is a flaw in their technology”, said Mr Norman.

Sir Martin Sorrell, WPP chief executive, added: “We have always said Google, Facebook and others are media companies and have the same responsibilities as any other media company. They cannot masquerade as technology companies, particularly when they place advertisements.”

The UK government, along with a handful of businesses, including the Guardian newspaper and L’Oréal, have frozen their Google advertising accounts after their ads appeared alongside websites run by hate preachers, anti-Semites and white nationalists.

“We have placed a temporary restriction on our YouTube advertising pending reassurances from Google that government messages can be delivered in a safe and appropriate way,” a government spokesperson said.

Later on Friday, Google representatives were scheduled to meet members of the UK cabinet office, who said they had “summoned” the Silicon Valley company to “explain how it will deliver the high quality of service government demands on behalf of the taxpayer”.

In May last year, the Financial Times revealed that Muhammad Jibril Abdul Rahman, an Islamist extremist accused of funding the 2009 Jakarta suicide bombings, had been selling advertising space on his website to international brands including Citigroup, IBM and Microsoft using a service provided by Google.

After being contacted by the FT, Google cancelled Arrahmah.com’s account and the advertisers asked to be removed from the site. However, ads for big western brands continued to appear on the site through other intermediaries at the time. – (Copyright The Financial Times Limited 2017)

1 Basic income for all: Has the Covid crisis given us a new economic model?
2 Only way is up for Stripe as valuation skyrockets
3 Pilita Clark: Endless gabfest meetings a daily scourge
4 Covid-19 weighs on law firms as two in three report drop in revenue
5 ‘I don’t need to do any of this. . .I don’t actually need to work.’
6 Irish woman appointed deputy president of accounting body ACCA
7 Pandemic brings a halt to Zara-owner’s Irish expansion
8 ‘Make plans but don’t hold on to them too seriously’
9 How long can Government afford to keep State pension age at 66?
10 AIB revives €1bn-plus problem mortgages sale
Real news has value SUBSCRIBE