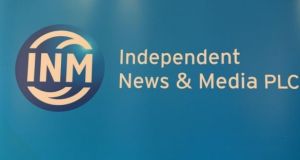 INM titles the Herald and the Sunday World both recorded steep declines in their newspaper circulations in the second half of 2016. Photograph: Frank Miller

Independent News & Media has decided to merge the newsrooms of its tabloid newspapers, the Herald and the Sunday World, into a seven-day operation in the latest restructuring of its editorial activities.

The country’s biggest newspaper publisher also intends to appoint a tabloid platform editor, who will oversee both titles in their print and digital formats. This position will be open to both internal and external candidates.

Each title will retain its own brand and is likely to have its own editor under the new arrangement. A single investigative journalism unit is also expected to be established across the two papers.

It is understood that this latest restructuring will not involve any job losses among the 60 editorial staff. However, the Sunday World’s editor, Colm MacGinty, has told staff that he will be leaving the newspaper at the end of the summer.

In a statement issued to The Irish Times, INM said: “Independent News & Media is advertising for the position of a tabloid platform editor. The successful candidate will lead a seven-day tabloid newsroom with a focus on news investigations, top quality sports journalism and entertainment.

“The move follows similar successful developments in media groups elsewhere. The strong identity, independent voice and ethos of the individual tabloid titles will be maintained and strengthened under the new arrangement.”

The Herald, which is edited by Alan Steenson, and the Sunday World both recorded steep declines in their newspaper circulations in the second half of 2016.

Data published by the Audit Bureau of Circulations showed that the Herald had an average daily circulation of 40,847, down 7.8 per cent year-on-year, while the Sunday World declined by 14.5 per cent to 149,652.

This latest move to restructure its editorial operations will be seen as a bid by INM to shore up the Herald. Its average daily circulation at the full cover price was 35,076 between July and December of last year.

INM, which is 29.9 per cent owned by businessman Denis O’Brien, is due to publish its latest full-year results on March 21st.