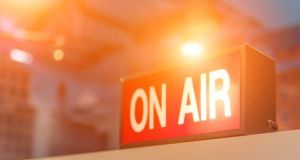 The Color Company, trading as the Irish Post, announced in February it had bought the digital and intellectual property assets of Irish TV from the liquidator in a six-figure transaction. Photograph: iStock

Ireland’s competition watchdog has cleared the proposed acquisition of the defunct Irish TV by the publisher of London-based newspaper the Irish Post.

The Competition and Consumer Protection Commission (CCPC) said the deal would not substantially lessen competition in any market.

The Color Company, trading as the Irish Post, announced in February that it had bought the digital and intellectual property assets of Irish TV from the liquidator in a six-figure transaction.

As a media merger, the deal now requires the approval of the Minister for Communications Denis Naughten.

The Irish Post, which aims to be “the voice of the Irish in Britain”, indicated it wished “to establish a physical presence” in the west of Ireland and has not ruled out a relaunch for a diaspora-targeting television channel with the Irish TV name.

The newspaper has been owned by Cork man Elgin Loane, through his printing and publishing firm the Color Company, since 2011.