Disney Plus is one of several new Netflix rivals coming soon 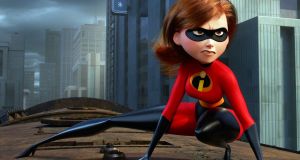 ‘The Incredibles 2’, the 2018 film produced by Disney-owned Pixar. Disney is getting combative as it takes on Netflix.

Everybody’s talking about Disney. The original animation powerhouse has long been drawing up plans for a Netflix-challenging streaming service that will “super-serve” fans of its biggest properties and the countdown is now on for its launch, expected later in 2019.

Disney Plus (or Disney+) will carry films and television series from an empire that expands from Marvel to Pixar to Star Wars and will soon take in brands like National Geographic due to join Disney once it completes its deal to buy various assets from 21st Century Fox.

Disney’s entertainment track record (it also owns US television network ABC and sports network ESPN) is why stock market analysts like to mention the arrival of Disney Plus as a possible cloud for streaming first-mover Netflix, though Netflix chief executive Reed Hastings appears rather relaxed.

“We’re excited for their launch,” he has told investors, citing the many, many hours of content that consumers watch every day and suggesting Disney Plus will be water off Donald Duck’s back to his own company. Netflix’s whole commissioning strategy was, after all, based on its expectation that opportunities to house licensed content might dry up.

But Disney Plus won’t be the only new streaming rival vying with Netflix and Amazon Prime Video. In the US, AT&T is launching a subscription on-demand platform through subsidiary Warner Media that will carry content from Warner Bros, HBO, Cartoon Network and elsewhere. Sky’s new owner Comcast is warming up to unleash an NBCUniversal service in 2020.

One of the media mysteries of 2019, meanwhile, is when, not if, Apple will launch a video streaming service to go with its audio one.

In Europe, traditional broadcasters are getting increasingly organised. German group ProSiebenSat.1 Media intends to relaunch a streaming venture in co-operation with US media giant Discovery, German public broadcaster ZDF and publisher Axel Springer. ProSiebenSat.1 Media would like “to create a German Hulu” – Hulu being a US platform backed by multiple companies including Disney.

There is talk, too, of a defensive link-up between the BBC, ITV and Channel 4 in Britain, while the Nordic countries, for their part, already have a streaming service called Viaplay.

John Malone, the billionaire controller of Virgin Media parent Liberty Global, has succinctly summed up Disney’s position. It has a “great brand”. It understands entertainment. What it lacks, to date, is “a massive number of global credit cards”. It will have to work harder than the tech and telecoms players to obtain them.

How many companies are people going to hand over their credit card details to anyway?

Another, related question weighing on some industry minds is whether this flutter of new platforms, with the content commissioning sprees to match, will serve to accelerate the US phenomenon of “cord-cutting” and kick-start it in Europe, where it is currently much less common.

Cord-cutters are people with one or more on-demand subscriptions who decide they neither want nor need to fork out money for traditional pay-TV, too. Their younger cousins are the “cord-nevers”, or those who have never subscribed to a traditional pay-TV package, seeing that as an old-school, parental habit more suited to parental budgets. To fend off cord-cutting, both Virgin Media and Sky have done keep-your-enemy-close deals with Netflix that effectively integrate it with their services.

Companies that boast broadband subscriptions as their core product are, of course, much better insulated than standalone broadcasters, who must surely be worried. Among certain cohorts, Netflix shows – such as the documentaries Abducted in Plain Sight and FYRE: The Greatest Party That Never Happened - are easily the most discussed. Irish viewers seem to coalesce around the platform, estimated to be accessed by at least 500,000 households here.

The big caveat to this is that it is only an estimate. There are no official country breakdowns for subscribers, and there were, until recently, no viewing figures at all.

Since Christmas, however, Netflix has started to selectively announce audience numbers. It claims, for example, that the stalker drama You has been watched by 40 million households. You began life on the US network Lifetime, where – even allowing for the fact that Netflix’s self-reported numbers are not comparable to the standard television industry method of measuring audiences – it was much less watched. Netflix’s message to investors was this: it did not make You, but it did make You a hit.

Fast forward to a near future with half a dozen big-name streaming services and it won’t only be the new subscriber number that investors track on each quarterly update. It will be the churn rate, or the percentage of the customer base that decides they’re off, thanks, either because there is nothing they want to watch or they’re not prepared to pay the price to watch it.

Disney, closing in on its 100th birthday, fancies being a winner in this race. For the mickey-mouse also-rans, it could be a painful finish.

1 Why gift a son now if it eats into his tax-free inheritance threshold?
2 Chris Johns: Economic self-harm is the root of populism
3 Government to avoid ‘cliff-edge’ on Covid-19 payment changes
4 Flights abroad ban could last all summer
5 How much do Irish people earn? And what will Covid-19 do to our wages?
6 Half of investors believe market underestimating crisis, survey shows
7 UK expected to phase Huawei out of 5G network
8 Nine more suing INM and Leslie Buckley over alleged data hacking
9 British pound sinking to ‘emerging market currency’ status
10 ‘The rental situation stops me moving back home’
Real news has value SUBSCRIBE