Nothing like a little luck to swerve the box-office sinkhole 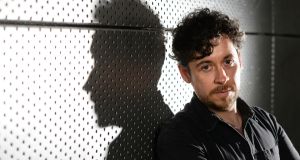 ‘The Hole in the Ground’ writer-director Lee Cronin: “You really need the wind at your back.” Photograph: Dara Mac Dónaill

Lee Cronin, writer-director of Irish horror film The Hole in the Ground, has one eye on the forecast. His debut feature will be released in Irish and British cinemas in about six weeks’ time and he would quite like the weather to stay favourable when it is.

“Beyond even the quality of the films that are made, you really need the wind at your back. You really need certain things to go your way,” noted the film-maker at a recent Screen Ireland event on the question of how to get greater numbers of Irish people to go see Irish films.

He had been looking back on a photograph of Dublin shut down by snow during the Beast from the East storm last year. “My film is coming out on March 1st. If it had come out this time last year, we would be dead after a week,” said Cronin, “even if it was the greatest film in the world”.

Happily, he had already secured some good fortune. The release of The Hole in the Ground could so easily have clashed with that of Us, the much-anticipated next film from Get Out director Jordan Peele, which might have sucked up the horror fans that would otherwise have tried their luck with Cronin’s ominous sinkhole picture.

“Us is coming out two weeks later. Thankfully, it got pushed by a week, and that’s a win for us. It means we have a better chance of getting the audience out to watch our movie before his comes out.”

In the creative industries, navigating the wide grey area between success and failure, hit and flop, so often depends on uncontrollable, coinciding events. Timing is almost everything.

Some people are blessed with good timing. Others unwittingly have all the timing of Theresa May getting out the Downing Street lectern last Wednesday for a 10pm Brexit speech to the nation, only to find herself relegated to BBC Two because the FA Cup third-round replay between Derby and Southampton on BBC One had gone to extra time.

Culture is written by the winners. When a film distributor or music label or publisher goes bankrupt, there’s typically a sad, shelf-full of completed or near-completed films, records and books that then get thrown into limbo. They may never see the light of day. And usually, the only people who will still be upset about this or even remember it years later will be the people who were directly involved and had hoped that job, that gig, that credit, would be their big break.

Over the years, the film world has delivered some examples of shockingly dreadful timing. Most people in the target market for a film about Truman Capote saw the late Philip Seymour Hoffman’s Oscar-winning turn in Capote (2005), not the similar film it beat to the punch, Infamous (2006).

This wasn’t a case of one Hollywood player trying to gazump another on the unlikely commercial battleground of 20th century novelist biopics. It was a coincidence. Both films had gone into production simultaneously. So what did Infamous director Douglas McGrath have to say about this at the time?

“People say I’ve had such awful luck with the other Capote film, but I’ve always said that I’ve had so much luck in so many other ways that I can’t complain.”

That’s so great. Nothing endears me more to a successful person than an acknowledgement that their success is, to some degree at least, down to luck. They’re usually the same people who remember to thank everybody around them for their hard work, too.

People who don’t admit to or even believe in the luck they have enjoyed – people who are convinced that their achievements are simply proof of a perfectly functioning cream-rising meritocracy – well, they aren’t my people.

Random good or bad luck, not merely the kind you can make for yourself, will be critical right along the production line, no matter how potent the underlying talent or whether or not something is any good.

Ghost Town, the summer-of-1981 hit single for The Specials, is a vital, indispensable classic, but it was not inevitable that it would be remembered this way. Its success is not an accident, exactly: it’s a great, complex, well-produced song that moodily captures the misery of rising unemployment in the UK of the early Thatcher era. But when riots broke out across Britain soon after its release, Ghost Town gained a new and unanticipated resonance, propelling it to a stretch at number one. The unconnected Ricky Gervais film Ghost Town was less of a triumph.

The lesson is this: you can chase the Zeitgeist, but in the end it is up to the Zeitgeist that will turn around and tag you.

As far as The Hole in the Ground’s chances go of cutting through, all I know is that the producers have surely helped themselves by casting one of Ireland’s best young actors, Seána Kerslake, in the lead role. The film is also one of half a dozen Irish productions screening at the Sundance Film Festival, which begins in Utah later this week. From more than 4,000 submissions, only 111 features were selected.

“Snow boots are packed. Let’s go,” said its excited director at the Screen Ireland event. Some room in his suitcase will, presumably, be spared for just a little more luck.