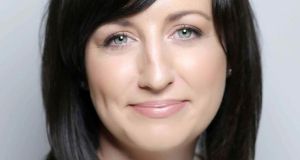 Irish Studio, which owns the Irish Central site and magazine brands Irish Tatler and Food & Wine, has appointed Katie Molony and Ciaran Casey as co-chief executives of the media group.

Ms Molony and Mr Casey will be charged with overseeing an international growth plan for the company, based on reaching Irish communities around the world. They will work closely with Irish Studio’s New York-based Irish-American founder and executive chairman Liam Lynch.

Ms Molony has most recently been the company’s global chief digital officer, while her past industry roles include chief executive of Maximum Media/JOE Media UK and marketing manager of The Irish Times.

Mr Casey has most recently been chief executive of Irish Studio’s operations in Ireland. He joined the company when magazine group Harmonia sold six titles to Irish Studio in late 2017.

Mr Casey had led Harmonia from 2014, when founder and owner Norah Casey, his sister, stepped back from its day-to-day operation. He previously held roles in GE Capital, Smart Telecom, First Active and Bank of Ireland.

The two media executives replace Mike Rich, who has since joined US digital media and radio advertising company Townsquare Media.

Irish Studio, backed by Irish-American investors, acquired the diaspora-targeting Irish Central site in 2016. Several of its other brands, including the Genealogy Event and magazine Ireland of the Welcomes, are also aimed at people of Irish descent in the US and elsewhere.

Since buying six magazine titles from Harmonia, Irish Studio has decided to stop printing two of them, women’s monthly U and Irish Tatler Man.

1 Admission of mistake in Oxford vaccine dose raises doubts over reliability
2 Move to EU or face disruption, City of London is warned
3 Cliff Taylor: Deal or no deal we are now heading for a hard Brexit
4 Last orders for Rí-Rá and Globe as Central Hotel gets green light to expand
5 Karlin Lillington: How I managed to cut my mobile phone bill by at least half
6 An Post parcel volumes to hit weekly record of 3.3m
7 Fiona Reddan: Who’s afraid of Revolut? Not AIB and BOI it seems
8 Lahinch Golf Club runs out of its own cash after €3m Covid-19 hit
9 German watchdog reports EY to prosecutors over Wirecard audit
10 Central Bank rules out changes to mortgage rules during pandemic
Real news has value SUBSCRIBE