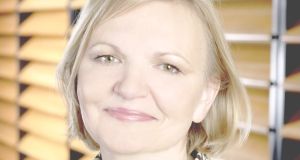 Independent News and Media has appointed a former executive vice-president of Sony Pictures Television as an independent non-executive director.

Kate Marsh is a media executive who, in addition to working at Sony, has served in senior roles with Sky and the BBC.

Ms Marsh was at Sony for more than 10 years, and has also worked for WPP’s GroupM, where she was director of entertainment for EMEA with responsibility for establishing advertiser-funded content services.

During her career, she has led mergers and acquisitions, commercial strategy, significant rights negotiations and digital transformation projects.

Ms Marsh, who has also served as a committee member of the UK’s Commercial Broadcasters Association, has not held a directorship of any publicly quoted company during the last five years.

“I would like to welcome Kate to the INM board. Her range of experience will add significantly to our board as we focus on delivery of our corporate strategy, said INM chairman Murdoch Mac Lennan.

INM’s board has undergone significant change in recent years. Leslie Buckley stepped down as chairman in March 2018, while Allan Marshall, David Harrison and Jerome Kennedy also left the company. Former chief executive Robert Pitt departed in late 2017 to be replaced by Michael Doorly, who had previously been the company’s chief risk officer.