Big School, Fantasy Ireland and a John Connors doc series among the recipients 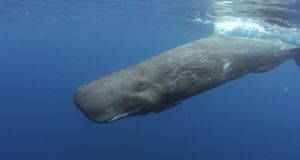 The dramas Dead Still and The Godparents and documentary series John Connors’ Acting Academy are among the television shows that have awarded money under the Broadcasting Authority of Ireland’s Sound & Vision scheme.

Under the latest round of funding, which is financed by the television licence fee, a total of €5.7 million was awarded to 119 television and radio projects.

Kite Entertainment, the maker of Ireland’s Got Talent and Gogglebox Ireland, received the highest single award, with the company allocated €450,000 to make six-part factual series Big School for Virgin Media One.

Frontline Films was awarded €300,000 for John Connors’ Acting Academy, a three-part RTÉ2 documentary series featuring the Love/Hate and Cardboard Gangsters actor. It will focus on young people from marginalised communities who may not normally be given opportunities to pursue an acting career.

O’Sullivan Productions was given €300,000 toward Cutters, a female-led comedy feature film aimed at a younger audience and based in an inner-city hair salon in Dublin.

TG4 children’s series C.L.U.B. 2 (working title), made by the company Macalla Teoranta, was granted almost €295,000, while Igloo Animations was awarded €275,000 for Fantasy Ireland, which it describes as “an outrageous post-watershed animated comedy series set in a fantastical version of contemporary Ireland, mixed with a dollop of Irish mythology”.

Motive Television was granted €240,000 for Virgin Media One three-part documentary First Love, while Animo TV received €210,000 for the four-part Virgin series Prison Breaks, which examines the prison entrepreneurship programme in Wheatfield Prison and explores the reality of life for prisoners after their release.

Some €5.1 million of the funding in this round was given to 29 television projects, which includes some feature films backed by Irish broadcasters, while 90 successful radio applications received €633,000.

As usual, the scheme was significantly oversubscribed, with a total of 222 applications requesting €19.8 million in funds.

The BAI awarded almost €12 million from the television licence fee in 2018 to support the development of television and radio programmes on the themes of Irish culture, heritage and experience, as well as improving media literacy.

The next funding round will be open to all submissions, but “a particular focus” will be given to applications for projects that tell or relate to women’s stories, the BAI said, in a bid to “widen the narrative”.