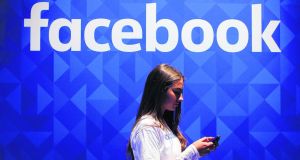 Considerable additional budgetary resources will be required by the Broadcasting Authority of Ireland (BAI) if it is to regulate online video content posted on social media platforms, chief executive Michael O’Keeffe has admitted.

The body, which currently polices commercial television and radio, has submitted a proposal to Government in which it seeks to be given extra powers to supervise content shared online.

In addition, the regulator proposed a new role for itself in promoting awareness of online safety issues in its submission.

“Taking all this on would definitely change the nature of the organisation so there would be resource implications that would need to be discussed,” said Mr O’Keeffe.

The BAI’s submission is one of a large number submitted to the Department of Communications as part of a public consultation on the regulation of harmful content and the implementation of the revised audio media services directive, which is due to be transposed into Irish law by September 19th, 2020.

Speaking to The Irish Times, Mr O’Keeffe said he hoped a decision on whether to grant the BAI additional powers would be made shortly to give the body sufficient time to prepare itself ahead of the introduction of the new EU-wide legislation.

“The timeframe is tight enough given the need to transpose the directive into law. We only have 15 months so there is urgency around this,” he said.

As part of the public consultation, Minister for Communications Richard Bruton is weighing whether to extend the BAI’s remit or to introduce a new regulator to govern online video content as well as on-demand services such as Virgin Media and RTÉ’s media players.

“It is their [the department’s] call but I’d be hoping they would at least announce their intentions by early autumn as that would give a good 12 months’ lead-in to put the structures in place,” Mr O’Keeffe added.

Mr O’Keeffe admitted the BAI’s proposal was “by no means a done deal”, while also highlighting why it should be considered.

“It’s a fairly natural progression that, if regulation is required for online media and digital platforms, the regulator of traditional media would take on the responsibility,” he said.

Mr O’Keeffe said giving the regulatory body additional powers would lead to a “greater rebalancing” in terms of the policing of traditional media and online platforms.

Denis O’Brien’s Communicorp Media and Rupert Murdoch’s Wireless Group recently made multiple objections complaining about the “heavy-handed” manner in which broadcasting media is regulated locally, with both groups contrasting their treatment with the absence of market restrictions for Google and Facebook.

“We do recognise that some of the legislation we currently work with is outdated and needs to be brought up to date and we would be very much advocating for this,” Mr O’Keeffe said.

1 Will Revenue come calling with tax bill if inheritance tax threshold falls?
2 Dublin banker sells island off coast of west Cork for €5.5m
3 Nigeria seeks more time to fight $9.6bn award to Irish businessmen
4 If tourists are such pariahs should we not be testing them on arrival?
5 ‘My rent here is so low it’s a joke’
6 Lidl goes to court over Aldi price survey
7 Owners of Cork shopping centre sue for €30m after car causes fire
8 Dispute between Bewley’s cafe and landlord goes to mediation
9 Ten of the most mysterious aircraft disappearances
10 U2 members back new tech fund as it raises €20m in first round
Real news has value SUBSCRIBE