Despite some big-name flops, many managers profited from extreme market volatility 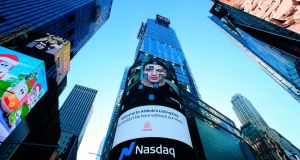 Many hedge-fund managers were able to profit from opportunities thrown up in March’s sell-off and the subsequent huge rally in risky assets. Photograph: Kena Betancur/AFP via Getty Images

The 20 best-performing hedge-fund managers of all time made $63.5 billion for investors during the coronavirus-driven market turmoil in 2020, making it the industry’s best year of gains in a decade, despite a tough 12 months for US giants Bridgewater Associates and Renaissance Technologies.

The top 20 managers, led by funds including Chase Coleman’s Tiger Global and Izzy Englander’s Millennium Management, made half of the overall hedge fund industry’s gains last year, according to research by LCH Investments – a fund of hedge funds run by the Edmond de Rothschild Group.

The gains highlight how some of the industry’s biggest names were able to navigate last year’s volatility, in which the S&P 500 posted its fastest descent into a bear market.

Many were able to profit from opportunities thrown up in March’s sell-off and the subsequent huge rally in risky assets. In 2019, the top 20 managers made around a third of the overall industry’s gains.“Those managers able to differentiate between sector winners and losers made spectacular gains [in 2020],” said Rick Sopher, LCH’s chairman, adding that human traders often performed better than computer-driven strategies.

The upbeat performance of some hedge funds comes after years of often muted returns. Ken Heinz, president of data group HFR, said that last year “must be one of the best if not the best year for the industry”.Mr Coleman’s New York-based Tiger Global, a so-called Tiger cub started by managers who came out of Julian Robertson’s Tiger Management, entered the top 20 moneymakers of all time, in 14th place. It made $10.4 billion of profits after betting on rising stock prices, according to LCH, the highest gain among any of the top 20.

Dropping out of the top 20 was Jim Simons’s Renaissance, after its Institutional Diversified Alpha fund lost 32 per cent and its Institutional Equities fund lost 20 per cent, according to numbers sent to investors, one of a number of quant funds to lose money.

Ray Dalio’s Bridgewater also suffered, losing $12.1 billion for investors last year after being hit by the market sell-off. Mr Dalio told the Financial Times last March that “we stayed in our positions and in retrospect we should have cut all risk”. Its Pure Alpha fund, which seeks to profit from macroeconomic trends, lost 7.6 per cent last year, although its All-Weather funds made 9.5 per cent. Despite its losses last year, Bridgewater remains top of the list of all-time managers since inception with $46.5 billion of profits.

Among other funds to profit was Mr Englander’s Millennium, which manages $46.7 billion in assets and made $10.2 billion last year, according to LCH. The fund, which limited losses during the spring market turmoil, made about 25 per cent last year, including large gains in December, according to numbers sent to investors. Those earnings helped lift it to seventh in the list of gains since inception, up from 12th last year.

Ken Griffin’s Citadel, which runs $30 billion in assets, made a return of 24.4 per cent in its Wellington fund, said a person who had seen the numbers, and $6.2 billion of gains last year, according to LCH. Steve Mandel’s Lone Pine gained $9.1 billion, which moved it up to third from fourth in the all-time list. – Copyright The Financial Times Limited 2021.