Structure creates shell company to be used to buy another company 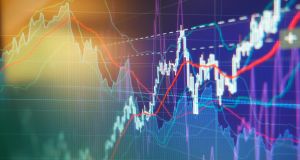 The so-called blank cheque company has given itself two years to complete a deal. Image: iStock

Irish packaging industry veteran Patrick Doran and corporate financier Gary Quin have joined forces to plot a $350 million (€284 million) US initial public offering (IPO) of shares in a shell company that will be used to buy a European or North American company in the “consumer, industrials or telecommunications industries”.

IPO documents filed with US authorities earlier this month for the company, called North Atlantic Acquisition Corporation, show that the initial acquisition target would have an enterprise value, comprising equity and debt, of between $1 billion and $2 billion.

The so-called blank cheque company has given itself two years to complete a deal.

“If we have not completed our initial business combination within 24 months from the closing of this offering (or such later period, if extended), we will redeem 100 per cent of the public shares at a per-share price, payable in cash,” it said. “Our search for a business combination, and any partner business with which we ultimately complete a business combination, may be materially adversely affected by the recent coronavirus (Covid-19) pandemic, any worsening of the pandemic or other disease outbreaks and the status of debt and equity markets.”

A vehicle indirectly controlled by Mr Doran and his family but in which Mr Quin and other founding executives and directors also have interests, called NAAC Sponsor GP LLC, will own 20 per cent of the company after the planned IPO and flotation on the Nasdaq.

More than 200 special purpose acquisition companies (SPACs) raised a record $70 billion in US initial public offerings in 2020, accounting for over half of the money raised in all Wall Street IPOs last year, according to Goldman Sachs.

Investor interest in these blank-cheque vehicles has been fuelled by central banks flooding financial markets with cash during the coronavirus crisis. By contrast, 59 SPACs raised $13 billion in 2019.

SPACs are often controversial because they are seen as handing outsized rewards to founders trading off their previous successes.

“We will aim to acquire a company that operates in Europe or North America, with a primary focus on Europe, in the consumer, industrials or telecommunications industries; however, we may choose a target outside of these geographies or sectors,” North Atlantic Acquisition Corporation said.

Mr Doran, North Atlantic Acquisition Corporation’s president, sold Dublin-based packaging company Americk to Spanish group Saica for an undisclosed sum. He is founder and CEO of Woodberry Capital, a private investment company that has put money to work in sectors including “logistics, last mile delivery, technology and construction,” according to the IPO document. Mr Doran has also overseen numerous real estate transactions with a combined investment value of approximately €540 million, it said.

The IPO documents highlight how he also served as an adviser to the Government on the sale of its Aer Lingus stake to IAG in 2015 was involved in Credit Suisse’s role as one of the major international banks that co-ordinated Saudi Arabian Oil Company’s (Aramco) $25.6 billion IPO in late 2019.

Mr Quin also previously served as an adviser to US private equity giant Blackstone and fulfilled various financial roles for Denis O’Brien’s Digicel telecoms group between its foundation in 2001 and 2005.

8 Hands off: Covid-19 is fuelling a boom in touchless technology