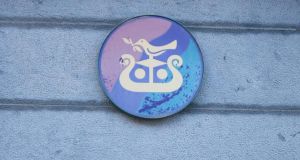 European shares were little changed, as a weaker sterling boosted the FTSE 100 in London, but German shares declined slightly and the French market posted only a modest gain.

The main corporate news came from confirmation that Deutsche Bank and Commerzbank are in talks to create the euro zone’s second-biggest lender through a multibillion-euro merger, which boosted bank stocks.

In Dublin, the Iseq was fractionally up throughout much of the session and closed broadly flat after a day of light trading due to the St Patrick’s Day bank holiday.

Among stocks connected to the housing market, Glenveagh Properties gained almost 1.5 per cent to just below 90 cent, while Ires Reit was up 1.4 per cent at €1.58.

The FTSE 100 climbed almost 1 per cent after the exporter-heavy blue-chip index was boosted by the weaker pound. Sterling declined after John Bercow, the speaker of the House of Commons, said there couldn’t be a third vote on prime minister Theresa May’s Brexit deal if the motion was the same as last time.

Shell and BP were among the top boosts on higher crude prices, while miners jumped 2.4 per cent on their best day in nearly two months.

London-listed shares in payment processor Worldpay also surged 9.3 per cent after the UK-based group agreed to be bought over by US fintech group Fidelity National Information Services.

Footasylum shot up 74.2 per cent to 81 pence, inching near the 82.5 pence a share offered by larger JD Sports for the sportswear retailer. JD Sports added 1.1 per cent.

EasyJet fell 0.9 per cent. Trading in the stock was unaffected by news that it is pulling out of talks to rescue Italian carrier Alitalia.

German giants Deutsche Bank and Commerzbank confirmed that they were in talks about a merger, which lifted financial stocks to levels not seen since last October. Deutsche Bank climbed almost 4.2 per cent, while Commerzbank advanced more than 7 per cent.

Wall Street stocks flitted between gains and losses in early trading, with losses in Boeing and Facebook limiting gains as investors waited for the Federal Reserve’s policy meeting later this week for further clues on the pace of interest rate hikes.