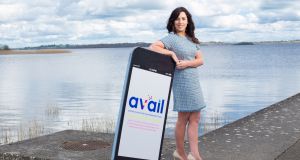 It may be some time before our homes are run by robots that make the beds and walk the dog, but in the meantime systems such as Amazon’s Alexa and Apple’s Siri are getting us used to the idea of having non-human help with everyday tasks.

Alexa and Siri are described as “virtual assistants” and this is exactly the type of technology entrepreneur Lisa Marie Clinton has tapped into for her new business which uses virtual support to promote learning and independence in those with developmental and intellectual disabilities.

Clinton has worked in the disability field since 2008 specialising in education and skills development. She strongly believed that many of those with cognitive impairment could be more independent if they had the right support. However, in many cases this was limited by the availability of human resources.

“The idea for Avail Support was sparked when I was working as an ABA (Applied Behaviour Analysis) tutor and saw the importance of task analysis, individualised supports and visual prompts for children with autism,” she says. “I wanted to apply this in a broader context and to create a tool that could promote independence and lifelong learning and help children and adults to fulfil their maximum potential. Avail Support is the vehicle that can make this happen.”

Clinton’s idea was to integrate best teaching practices with digital technology to transform how assistance is provided to those who need one-to-one support. What she has since developed is a B2B SaaS (software as a service) platform that uses videos, pictures, audio and text prompts to help users with routine tasks and provide them with 24/7 support on their smartphone or other mobile device. They still get high quality, personalised interventions but Avail uses technology rather than people to deliver them.

Just over two per cent of the world’s population need some level of one-to-one assistance to complete everyday tasks. In most cases this support is provided by a parent or care worker and of its nature can be time consuming. As a result, it is a costly overhead especially in residential settings. Clinton says Avail Support can greatly relieve the cost burden on both service providers and parents who often spend thousands of euro a year on outside help.

The company is using apps to create its bespoke digital supports that help children and adults to master a wide range of tasks and life skills such as travel and coping with anxiety. Another example would be someone who needs help to get out in the morning. Without it they would struggle to remember the sequence of the things they need to do so the Avail app will prompt them to complete each task.

Those using Avail Support (primarily therapists, support staff and parents) have access to content which they can edit to suit an individual’s needs and they can also create original material to help with specific issues such as managing behaviour. “Research has shown that self-directed learning is highly motivating,” Clinton says. “All Avail learners have ownership of their learning and as a result they are completing tasks up to 50 per cent faster than when they were using traditional learning methods.

“Our approach is revolutionising and disrupting service delivery in our sector and is leading the way in digital remote healthcare for those with cognitive-related disabilities,” she adds. “The platform is flexible and easy to use and our programmes are based on the principles of applied behaviour analysis. Remote monitoring and data collection help track and manage user outcomes and provide evidence of learning. The Avail management system also tackles the organisational challenge of quantifiably measuring outcomes that are typically subjective.”

A number of organisations in Ireland, the UK, the US and Canada are already using the Avail platform and the company is now working on a number of research projects to demonstrate the effectiveness of its platform with NUIG Galway and the EU Marie Curie partnership and with Disability Rights in the UK.

The company’s prototype was completed in 2016 and the service was launched in the first quarter of 2017. Avail is using a mix of national distributors and channel partners to get it to market and charges users an annual subscription fee. Development costs so far have been in the order of€500,000 and the company is currently closing a new funding round. It is an Enterprise Ireland HPSU company and has also received backing from LEO Monaghan.

Avail is supported by a team of six people and its typical customers include schools and organisations providing day, residential and employment support to those with intellectual disabilities.

“We’re making good progress, especially in the US and Canada where we’ve grown our customer base substantially in recent months,” Clinton says. “KenCrest, a large US service provider with over 12,000 clients, is using our solution and it has seen very positive benefits over and above good user outcomes. These include a reduction in paperwork and client waiting lists and a decrease in expenditure on direct support – its highest overhead. The impact on direct support staff has also been significant. We are enabling them to create programmes to address specific issues for their clients which is very motivating. As a result there has been a drop in staff turnover. A few months into using the system KenCrest approached us about becoming our distributor in the US and we are now moving forward with this.”

As someone with an interest in technology but no background in the subject, Clinton says developing a technology-based business has been a challenge.

“I put a lot of time into getting to grips with exactly what I was going to need and identifying who was going to be able to provide it and at what cost as I had a limited budget,” she says. “I built a network of people that could advise me and found developers who both understood my vision and the particular challenges startups face. I had to deal with the tech side of things for about a year and I was dependent on other people to make it happen, but as soon as I could afford it I hired a CTO [chief technology officer] so I can now focus on other aspects of developing the business.

“We used Irish developers and that worked well, but if you have the capability to manage it then outsourcing can also work,” Clinton adds. “You also have to bear in mind you might have to use a number of different developers to get what you want and some give you more for your money than others. Getting a good recommendation is key as ending up with the wrong developer can really slow your roadmap. What’s really useful is to find a company that’s maybe two years ahead of where you are and to talk to them and benefit from their experience. Entrepreneurs are generally very supportive of each other.”