Being too niche specific can slow a startup’s growth 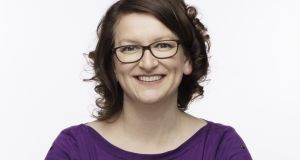 Lisa Heeney has self-funded her business to date and had to take a financial hit when she stopped selling to facilitate the rebranding to Aroma Buff.

Natural skincare entrepreneur Lisa Heeney featured in the New Innovators column in December 2016 when she launched her range of aromatherapy-based products for pregnancy. Almost two years later her business has changed significantly. She has rebranded, dropping her own name as the company’s signature, and has thrown her energy into broadening her company’s market appeal with the launch of two additional skincare ranges (one for men one for women) under the all-new Aroma Buff brand.

“Having the products branded with my own name was a stumbling block for a long time and I was getting conflicting advice about keeping it or changing it to something more self-explanatory,” she says. “People also tended to connect me only with pregnancy and one of the main reasons for making the changes was hearing comments like, ‘oh, they sound, smell and feel really nice, but I’m not pregnant, can I still use them?’ Having just one range (Aroma Bump) was becoming too limiting and I was juggling the merits of staying super niche or expanding my appeal to a larger audience. At the same time I realised men’s grooming products were growing in popularity, especially for beard care, and I wanted to be able to cater for that audience as well.”

The Aroma Buff women’s range includes a lip balm and a body butter while the launch products in the men’s’ range include beard oil and tattoo balm. “Aroma I chose for obvious reasons and buff, well, it has a number of connotations – naked, stripped bare, polished, well-built physique – all of which I loved and felt resonated with what I wanted the brand to represent,” Heeney says.

Heeney is a passionate environmentalist and sustainability is vitally important to her. “The jar lids are made from beech, the jars are glass and recyclable, the lip balm tubes are made from bamboo and the beard comb is made from sustainable pear wood as opposed to sandalwood which is under threat of extinction in certain areas of the world,” she says.

Heeney says one of the keys to the successful rebranding and launch of her new products was a meeting of minds with her graphic designer, Bridget Kerrigan. “It took a lot of back and forth and really playing stuff out in my head but Bridget ‘got’ me even better than I got myself and was able to turn that into great looking design,” she says.

Essential oils are central to Heeney’s pregnancy products and are also at the heart of her new ranges. Another driving force is social responsibility. “I want Aroma Buff to grow and be successful because I want to be able to do positive things with the money,” she says. “For example I have made a commitment to the Leonardo di Caprio Foundation (which is dedicated to protecting vulnerable wildlife and restoring balance to threatened ecosystems and communities) to make a donation for every product sold.”

Heeney has self-funded her business to date and had to take a financial hit when she stopped selling to facilitate the rebranding. She estimates the rebranding and new launch costs at around €15,000. “I think the hardest part was the fact that you going from being known to being unknown. It’s like starting all over again. I thought people would remember but they don’t so it’s back to square one on branding,” she says.

“My primary outlet is still online sales, but I am looking at bringing some retail outlets on board and at the possibility of selling on Amazon. This has been a big change for my business, but I don’t think you get anywhere if you stay in your comfort zone. One thing I have learned looking back, however, is that things move a lot quicker if you consult a professional.I have probably spent more money and time in the long run by choosing to do everything myself.”