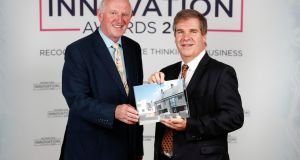 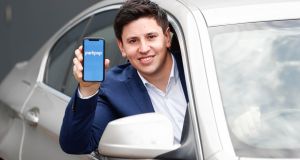 While the climate change debate in Ireland may be dominated by this country’s poor performance in meeting targets set for it by EU and international agreements, this disguises the fact that we are in fact global leaders when it comes to incorporating renewables on the electricity grid.

While the target for electricity is to have 40 per cent generated by renewable sources by 2020, the grid often runs with 65 per cent from those sources. “No one else in the world is achieving that,” says Jon O’Sullivan, innovation manager with EirGrid. “And we are now looking at increasing that to 75 per cent.”

The difficulties in terms of variability and reliability presented by renewable energy sources are well documented. The wind doesn’t blow all the time and the sunshine is certainly not guaranteed in Ireland. This means the network has to have reserve capacity available to it should supply from renewable sources drop.

But that is not the only problem. The other problem is resilience. Most people are blissfully unaware of the fact that there are actually two components to the power generated by conventional electricity stations. The first is the electrical energy we are familiar with, the second is known as the reactive component. In very crude terms, this is the bit that drives it through the wires of the transmission network.

O’Sullivan describes it as the glue that holds the network together.

The problem with renewable energy is that it doesn’t contain that component. Because it is generated using electronic rather than electro-magnetic generation, it is fundamentally different to conventional power.

Mixing the two is not an issue at low levels as the system still has enough reactive power to cope. When you get to levels of 65 per cent and above, however, you start to run into real problems. This means that a number of renewable energy suppliers cannot sell to the grid as their technologies are deemed unproven or not to meet current standards and compliance requirements.

EirGrid has responded by developing a novel and efficient trial process for renewable energy suppliers to qualify to supply services to the grid. The qualification trials process ran for six months in 2017 and focused on three key areas – the provision of reserve capacity which is available instantly should renewable or other sources drop out, the provision of what is known as ramping power which can be called up in a matter of hours, and services which address the reactive power issue.

The process has seen a number of new technologies demonstrate their ability to provide services and contribute to the security of the system, deliver consumer value for money, and facilitate the reduction in carbon emissions and further deployment of renewable technologies.

This will facilitate the growth from 65 per cent to 75 per cent renewables capacity on the grid by 2020. “There isn’t another power system in the world that can do that,” says O’Sullivan.

The Ó Cualann Cohousing Alliance has come up with an innovative solution to the catch-22 situation facing many families who find themselves earning too much to qualify for social housing but not enough to afford a mortgage on a home of their own.

The objective of the organisation is to build mixed developments of social and affordable housing where no owner-occupier has to spend more than 33 per cent of their net household on their mortgage. The cost of the homes is reduced mainly through local authorities supplying sites at little or no cost and waiving development levies.

“For years, housing in Ireland has been segregated on the basis of income,” says Brennan. “If you couldn’t afford your own home the State decided where you lived and in doing so created very big estates of social housing which became more deprived with social problems magnifying over time.”

In the Ó Cualann model, social and affordable homes are mixed together one beside another to form fully integrated communities. Moreover, community spirit is engendered long before the homes are complete. “We bring the communities together to meet each other before they move in,” he says.

“It is generally accepted that 33 per cent of net household income is the most people can afford to spend on housing,” Brennan adds. “We set about developing a model that we hoped could be replicated around the country. We had a lot of discussions with Dublin City Council and they provided land at a greatly reduced price and waived development levies for two developments in Ballymun. These are for owner-occupiers only as that is what the council wanted for the area. We were happy to go ahead on that basis.”

Each buyer pays a booking deposit of 4 per cent and a development won’t go ahead until it is fully pre-sold. That enables Ó Cualann to secure bank finance to fund construction work.

The co-op has also come up with a novel way of reducing finance costs. “We ask our members, the home buyers, if they have additional savings on top of the 4 per cent deposit. They can put that money on deposit with us and we will pay them interest of up to 4 per cent on it.”

The interest earned is offset against the eventual price of the house. They have also received funding support from other individuals. “There are people who are looking for social impact investments and we will pay them up to 4 per cent as well. We have raised €500,000 in loan notes from this source. One individual only wants half of one per cent in interest, another is happy with 3 per cent, and the others are getting the 4 per cent rate.”

This may be a lot more than could be achieved from a bank deposit, but it is also a lot lower than the cost of a bank loan.

With two developments in Ballymun under its belt Ó Cualann is now in discussion with other local authorities and agencies around the country. “We have a site in Waterford where we are going to build 15 co-operative and five social houses. We are also talking to Limerick Council, Cork County Council, Dún Laoghaire-Rathdown, Fingal, and the Housing Agency about replicating this model in other areas.”

Garret Flower, co-founder of Dublin-based Parkpnp, describes its offering as the Airbnb of car parking. Parkpnp users can rent out car parking spaces by the hour, day, week or month, and cash in on hitherto underutilised assets.

The idea came about as a result of Flower’s first experience driving in Dublin. “I bought my first car 2½ years ago. On my first day out in it I found myself driving up and down Ranelagh looking for a parking space. I eventually noticed a space outside a house, so I knocked on the door and asked if it was okay to park there. The women in the house said it was fine. I went back the next day with a box of chocolates and a tenner in a card to thank her. She said she should do this more often. That was the ah-ha moment for me.”

Research quickly showed him the potential of the opportunity. “In urban areas across the world there are four parking spaces for every car, yet drivers constantly complain about a lack of parking. Drivers constantly pass massive amounts of empty spaces owned by homeowners, business, hotels, local authorities and so on. In fact, up to 30 per cent of traffic is caused by drivers looking for somewhere to park.”

The idea became a reality when Flower met co-founder Daniel Paul. “He’s the technical genius behind it all,” says Flower. “He has been building apps since he was 16.”

Having gained backing from a number of investors including Enterprise Ireland, the company launched in 2015, and has now expanded into the Belgian and Dutch markets.

“Parking space owners can use the phone app or the website,” says Flower. “They can rent it out hourly or for months if they wish. Users can open the app and pre-book parking before they leave home if they wish. We are talking to pubs, restaurants, hotels and local authorities around Ireland at the moment.

“We are also working with commercial car park operators like Euro Car Parks, APCOA, and ParkRite. All of these parking options will be available on a single marketplace. This will make our towns and cities more sustainable.

“The market for this service is massive,” he adds. “The global car parking market is worth €100 billion annually. You can already use Parkpnp in Belgium and the Netherlands, and we will run our first US trial shortly.

“We also plan to develop new products and services. Our next offering is ParkOffice, a parking management system for companies which will allow them to offer parking to more of their staff utilising existing space. The system will know when staff are out sick, on holidays or out of the office for other reasons and offer their space to colleagues.”