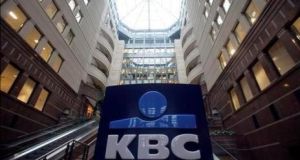 KBC said last month it was closing hubs in Dundrum in Dublin, Greystones in Co Wicklow and Naas in Co Kildare

KBC Bank Ireland has turned down an invitation from the Workplace Relations Commission (WRC) to attend a conciliation meeting over the lender’s plans to close four of its 16 branches in a move that will result in almost 20 job losses.

The Financial Services Union, which has a number of KBC Ireland staff members even though the Belgian-owned group does not engage with outside unions, had asked the WRC to get involved as it failed to gain traction with the bank.

The union maintains that KBC Ireland is not doing enough to avoid redundancies or encourage redeployment options.

The union said it had referred issues around the closure of hubs and redundancies directly to the Labour Court.

The digital-focused lender, which has about 1,400 employees in the State, said last month it was closing what it referred to as hubs in Dundrum in Dublin, Greystones in Co Wicklow and Naas in Co Kildare, with customers who use these locations to be served in future by branches in Stillorgan in Dublin and Maynooth, Co Kildare.

The bank’s hub on the main street in Swords, Co Dublin, will move to the local Pavilions Shopping Centre, while its hub in Kilkenny will close, the company added.