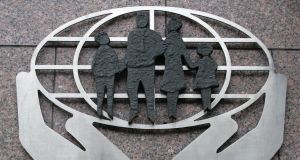 The reduction of the stabilisation fund charge means that for a credit union with €100m in assets, the levy in 2021 would have been €16,400, but will now be reduced to €1,554. File photograph: Frank Miller/The Irish Times

Minister for Finance Paschal Donohoe has reduced the two main regulatory levies imposed on credit unions to afford them financial head room amid the Covid-19 crisis.

Mr Donohoe announced on Friday that he was reducing the Credit Institutions Resolution Fund (CIRF) and the Credit Union Stabilisation Levy, given the economic and financial uncertainty arising from the pandemic.

The two levies were established in the wake of the financial crisis as buffers against future instability.

However, credit unions have been lobbying the Minister for changes, claiming the sector is now more secure with an €18 billion-strong asset base.

They also argue that the stabilisation levy, set up to assist credit unions whose reserves have temporarily fallen below the 10 per cent statutory reserve requirement, has yet to be claimed against, and is difficult to access.

More recently they have been calling for a 12-month suspension of the charges, in recognition of the extraordinary costs faced by credit unions during Covid-19 crisis.

The Irish League of Credit Unions welcomed the changes, highlighting the financial impact these levies were having on “not-for-profit credit unions whose sole function is to serve the financial needs of members in their communities”.

“This is a significant cost saving for credit unions which will go some way to alleviating the impact of the Covid-19 pandemic on credit union balance sheets,” said the group’s chief executive, Ed Farrell.

“We are delighted that our campaigning for our member credit unions has delivered,” he said.

Kevin Johnson, chief executive of Credit Union Development Association (Cuda) also welcomed the changes. “While Cuda continues to support the purpose of a stabilisation fund, as it stands, it has yet to be claimed against, as it is both difficult and costly to access,” he said.