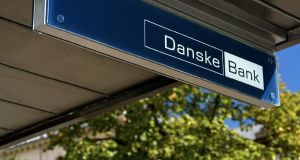 Danske is facing up to the long-term consequences of a €200 billion money-laundering scandal and almost a decade of negative interest rates.

Denmark’s biggest lender Danske Bank is to cut 7 per cent of jobs as it tries to reduce costs to deal with the aftermath of a vast money-laundering scandal and the impact of negative interest rates.

Danske employs about 1,400 people in the North.

The lender said on Thursday that it would axe 1,600 jobs as part of its plan to become a “better bank” by 2023 by becoming more efficient.

“It is never easy to reduce the number of colleagues, and we will do our best to ensure that we do this in the most decent and respectful way,” said Chris Vogelzang, chief executive. “However, we need to adapt to the structural changes that the financial sector is experiencing, and to remain competitive in a low-margin and highly competitive market, we simply have to reduce our costs.”

Danske is facing up to the long-term consequences of a €200 billion money-laundering scandal and almost a decade of negative interest rates.

The Danish bank is still waiting for news from a US criminal investigation into dirty money at its former Estonian branch and has significantly increased its compliance costs to deal with the fallout. Denmark’s main monetary policy rate has been below zero for nearly all of the past eight years, causing a drag on banks’ profitability.

But Danske’s attempts to move on have been hampered by a series of smaller scandals, most recently one where it admitted collecting too much debt from more than 100,000 customers. This has led to significant criticism from politicians and scrutiny from Denmark’s financial regulator.

Danske at present employs about 22,000 people – half of whom are in Denmark – up from 20,000 in 2017. Employees in most departments in its domestic market will be offered voluntary redundancy up until the end of October. The lender already has a hiring freeze in place.

The bank’s costs have jumped in recent quarters with its cost/income ratio reaching 65.7 per cent in the first half of this year. Mr Vogelzang has said the aim by 2023 is to have the ratio down to the low-50 per cent range while targeting a return on equity of 9 per cent to 10 per cent. Return on equity was just 0.9 per cent in the first half of 2020, a big fall from 9 per cent a year earlier. – Copyright The Financial Times Limited 2020