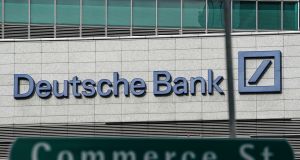 Deutsche Bank is planning bonus increases for top-performing investment bankers after posting a 47 per cent rise in debt trading revenue and boosting its full-year forecast for the securities unit.

The move comes as the bank signaled the trading boom that helped it beat Wall Street rivals will continue through the end of the year, boosting investment banking revenue and compensating for headwinds at its lending businesses.

Income from trading fixed-income securities and currencies rose 47 per cent, beating all but one of the large investment banks so far and snapping a long streak of market share losses. That propelled Deutsche Bank to a €182 million profit in the third quarter, compared with a loss that analysts had predicted.

“We not only demonstrated continued cost discipline, but also our ability to gain market share,” chief executive Christian Sewing said in a statement Wednesday. The securities unit continues to perform well so that revenue there will be “significantly higher” for the full year, the lender said, raising a previous guidance for higher revenue at the business.

Five quarters into a historic restructuring that aimed to emphasise lending and reduce reliance on trading, Mr Sewing is increasingly dependent on the securities unit as the corporate bank keeps shrinking. While the market bonanza prompted Deutsche Bank to raise its forecast for the investment bank, questions about the sustainability of the rally and the pandemic’s second wave weighed on the shares.

Deutsche Bank fell 3.3 per cent at 9:57am in Frankfurt, declining along with the broader market. The stock is still one of the best performers this year among European lenders.

It’s “a good set of results,” Citigroup analysts including Andrew Coombs wrote in a note. Still, the investment banking “industry backdrop is unlikely to be as supportive for Deutsche Bank in 2021”.

The debt trading result compares with gains of about 25 per cent for the biggest Wall Street banks. Only Goldman Sachs did better, with a 49 per cent increase. Mr Sewing said earlier this year that trading would slow in second half, but some of those predictions haven’t come to pass.

So far this year, growth at Deutsche Bank had trailed the competition even as it benefited from the rally, though the third quarter snapped that streak. Mr Sewing, who also heads the investment bank, has said the division’s growth is only partly driven by the buoyant market and partly the result of changes made under his leadership.

Debt trading “has continued a moderation in October but the environment is still supportive”, Mr von Moltke said in an interview. “In the other businesses we are expecting stable conditions in the fourth quarter relative to the third.”

The largest Wall Street firms have so far set aside $6 billion more for compensation and benefits this year than they did in the first nine months of 2019. But compensation ratios – the percentage of revenue banks set aside for compensation, a key measure of how they pay employees – dropped at some lenders. – Bloomberg