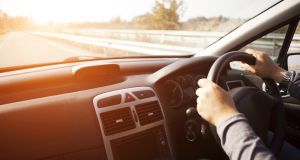 The RSA said at the start of October that 43,192 people were waiting for a driving test appointment. Photograph: iStock

Driving test delays will leave learner motorists paying an extra €300 to €600 for car insurance, according to some estimates.

The Government’s move to Level 5 Covid-19 restrictions will delay driving tests for non-essential workers, according to the Road Safety Authority (RSA).

Deirdre McCarthy of online insurance broker Coverinaclick.ie said affected drivers would miss out on savings of €300 to €600 a year when they renew motor insurance cover.

“Securing your full licence is a surefire way to push down your premiums – and it’s a sad reality that many of the drivers on this wait list of 85,000, which is growing weekly, will now have to wait until the latter half of 2021 to sit their test,” she added.

The Road Safety Authority confirmed that the driving theory tests would not be carried out during Level 5 pandemic restrictions over the next six weeks, as they are not deemed an essential service.

The authority is also asking non-essential workers scheduled for driving tests over the period to postpone, as it should only be testing workers deemed essential.

However, as the authority does not keep test candidates’ employment details, it is asking people to satisfy themselves that they are essential workers before taking their test, or otherwise to cancel their appointed tests.

Even before the Level 5 restrictions were introduced, candidates applying for a driving test were facing an estimated wait of eight months for an appointment due to Covid-19 delays, with the RSA predicting it would be the second quarter of next year before new testers could make significant inroads in the backlog.

The RSA said at the start of October that 43,192 people were waiting for an appointment.

When the service was suspended in March due to coronavirus, the average waiting time for a driving test was less than six weeks.