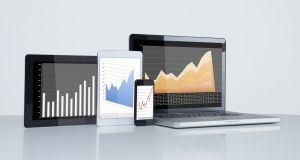 Modulr has raised £43 million to date.

London-based fintech Modulr has become the latest company to obtain an e-money licence from the Central Bank that allows it to provide services to customers across the European Union regardless of whether a Brexit deal is agreed.

The “Payments-as-a-Service” company, which offers a faster, easier and more reliable way to move money for digital businesses, raised £18.8 million (€20.7 million) earlier this year to bring total investment to date to over £43 million.

The group’s Dublin-based entity, Modulr Europe, said it intends to provide services outside of Britain after securing the electronic money institution (EMI) licence.

“Following strong business growth in the UK over the past four years, the newly granted licence will enable the fintech to offer an extensive suite of payments products, including its award-winning payments platform, through its powerful application programming interface (API) to EU markets,” the company said.

Modulr has moved over £40 billion (€44 billion) for customers including Sage and Revolut through its platform which it says has an uptime of 99.999 per cent.

The company is the latest in a number of businesses to obtain e-money licences in recent years. Others include Stripe, Facebook, Payoneer and Soldo. Revolut, which recently announced it was to temporarily move regulation of its one million Irish customers to Lithuania from Britain due to Brexit, is currently in the process of applying for a licence.

“The granting of the licence is a significant milestone for Modulr’s European operations in Dublin and ambitions for the European market,’ said John Irwin, general manager, Modulr Europe.

“We look forward to automating payment flows, embedding payments within customers’ platforms and enabling them to focus on their core business. This will shore up the hidden inefficiencies prevalent in many payment processes today making payments a competitive advantage,” he added.