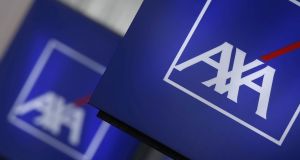 Earnings rose 3 per cent in 2018, while AXA also raised its dividend by 6 per cent

Net profits at Axa, Europe’s second biggest insurer, fell sharply as a result of charges related to its US unit’s initial public offering (IPO) and a spate of natural disasters, although Axa hoped for higher earnings this year.

Its 2018 net profit fell 66 per cent from a year earlier to €2.14 billion, below the €2.47 billion expected by analysts polled by Infront Data for Reuters.

The company had to book a €3 billion write-down on the value of its US Unit Axa Equitable which was listed in May 2018 at a price below its worth in Axa’s books.

The company also had to book costs related to the restructuring of its Swiss business and to the $15 billion acquisition of XL.

Under chief executive Thomas Buberl, Axa is undergoing a deep restructuring aimed at making the French group more international and stronger on health and property and damage insurance.

Natural disasters cost Axa about €2 billion in 2018, of which €600 million euros corresponded to hurricane Michael in the US and wildfires in California during the fourth quarter.

“In terms of natural catastrophes, this was a year like we see every ten years,” chief financial officer Gerald Harlin told reporters.

He maintained the company’s targets for underlying earnings per share to rise by 3-7 per cent this year and next year.

Earlier this month, Allianz - which is Europe’s biggest insurer - also posted higher earnings and added it might slow down its share buyback programme. – Reuters