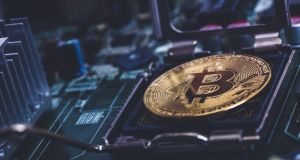 Wilsons said the cryptocurrencies will have a fluctuating value of about £300,000. Photograph: iStock

Wilsons Auctions, a company with a substantial presence in both Ireland and Britain has secured a contract to sell bitcoin seized by the Belgian government.

The auctioneer and advisory company will hold its first bitcoin auction on February 28th with a 24-hour online auction.

Some 315 coins with no reserve will be auctioned after they were seized by the Belgian police as a result of a drug trafficking case in which the darknet was used to sell drugs.

Wilsons said the cryptocurrencies will have a fluctuating value of about £300,000 (€345,000) and will be split into a number of lots ranging from 0.5 to four bitcoin each.

“Following huge investment into our systems and infrastructure, we are able to offer government and law enforcement agencies worldwide a secure solution so that the ever-increasing problem of seized cryptocurrencies,” said Wilsons head of asset recovery, Aidan Larkin.

“This contract allows us to further expand our cryptocurrency offering and remove the risks that can be associated with trading with unregulated virtual currency exchanges,” he added.

Additionally, a small number of bitcoin will be sold during Wilsons’ unreserved government auction which will take place in Belfast.