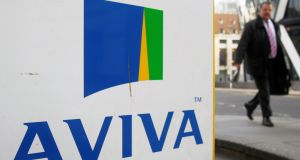 Aviva asked a London court to approve the transfer of assets totalling €9 billion, saying the uncertainty from Brexit was “intensifying” as it joined other insurers and banks triggering contingency plans.

Aviva asked Judge Richard Snowden for permission to move the life-insurance policies held by non-UK policyholders to its Irish subsidiary. The insurer wants to make the move to prevent the risk that payments may be held up if the UK goes through a hard Brexit.

“The reason for proposing it, your lordship will not be surprised to know, is Brexit,” said Martin Moore, a lawyer for Aviva, who has also advised UBS Group on its recent transfer of assets. “The current and intensifying uncertainty render the need for certainty all the more pressing.”

“It obviously will take some time for clarity to emerge,” Mr Moore said.

The British insurers are concerned they will lose the so-called “passporting rights” that enable them to make payments to policyholders outside Britain. Without a deal, insurers and pension providers could be legally barred from sending out payments, leaving policies dormant on their accounts.

“It is worth reiterating that this is not a scheme that Royal London has chosen to implement for its own commercial purposes. It has been forced to do so by the continued uncertainties over Brexit,” the judge said at the time. – Bloomberg