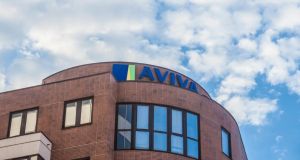 Aviva in Ireland was reorganised last September to align itself with the structures of the wider Aviva group in the UK.

Declan O’Rourke, general manager of US insurance giant AIG’s Irish business, has handed in his notice after 27 years with the group and is being lined up for a top job at Aviva in Dublin, according to sources.

The Tipperary native informed staff that he was quitting last week, without saying where he was going. A spokesman for AIG Ireland declined to comment.

Aviva Ireland’s general insurance chief executive, John Quinlan, has been on leave from his role since last November, with a senior executive from the group’s UK parent, Nick Amin, subsequently taking over the leadership of the business in an interim basis.

A spokeswoman for Aviva declined to comment on Mr O’Rourke having been hired by the company. She said that Mr Quinlan is still on leave. Mr Quinlan did not respond to efforts to contact him.

Earlier this month, Aviva announced that Dave Elliot, who has been with the group for almost a decade, will be taking over as chief executive of its Irish life and pensions unit in August, succeeding Tom Browne, who joined the business in 2018 through the acquisition of Friends First. Mr Browne is retiring after 40 years working in the insurance industry in Ireland.

Aviva in Ireland was reorganised last September to align itself with the structures of the wider Aviva group in the UK. This eliminated the position of Aviva Ireland chief executive and left Mr Quinlan in charge of the general insurance business.

Mr O’Rourke has headed up AIG’s Irish operation since 2012. He joined the US insurer’s internal audit and operational review division in 1993, having trained as chartered accountant with Coopers & Lybrand, now PwC. The executive has also worked in a number of overseas locations with AIG, including London and New York.