Two-thirds of businesses with trading interruption insurance have claims declined

Alliance for Insurance Reform call on Government to intervene 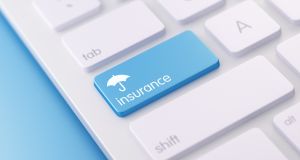 Of the 33 per cent of businesses that have made a business interruption claim, almost two-thirds have had their claim refused by their insurers, results from a survey conducted by the Alliance for Insurance Reform shows.

Of the 33 per cent of businesses that have made a business interruption claim, almost two-thirds have had their claim refused by their insurers, results from a survey conducted by the Alliance for Insurance Reform shows.

Calling for State intervention, the Alliance, which represents 36 business organisations, warned that irreparable damage could be done to Irish businesses unless insurers “play their part”.

The Covid-19 crisis has prompted complaints from businesses that claim that their insurer won’t pay out on a business interruption policy when the circumstances require them to. High profile company’s such as Press Up and Lemon & Duke have launched legal action against their insurers, RSA and FBD respectively.

The alliance suggested that 63 per cent of claims for business interruption insurance have been refused while an additional 33 per cent await a decision. Just 2 per cent of businesses have taken their claim further via the Financial Services and Pensions Ombudsman.

In 18 per cent of cases, insurers were said to have declined any forbearance in the form of rebates, pauses or extensions. And 22 per cent of those who have renewed their insurance cover since the onset of the crisis have seen a rise in their premium despite the vast majority of retail and hospitality outlets having been closed since the middle of March.

“The suggestion that this Covid-19 crisis may prove to be a financial Armageddon for insurers is completely undermined by the relatively low level of requests for business interruption payments or forbearance,” said Michael Magner, chairman of the Alliance’s Covid-19 working group.

“The Central Bank must equally intervene aggressively on behalf of policyholders. General statements are not enough. and the Financial Ombudsman must fast-track complaints already received to give urgent clarity to policyholders on where they stand,” he said.

The survey was carried out between May 29th and June 7th with 2,095 respondents.