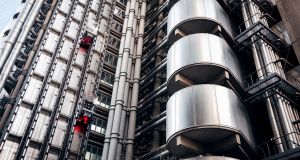 The Lloyd’s of London insurance market has apologised for its role in the 18th and 19th Century Atlantic slave trade and has agreed to fund charities and organisations promoting opportunities for black and ethnic minority groups.

“We are sorry for the role played by the Lloyd’s market in the eighteenth and nineteenth Century slave trade - an appalling and shameful period of English history, as well as our own,” Lloyd’s said.

“Recent events have shone a spotlight on the inequality that black people have experienced over many years as a result of systematic and structural racism that has existed in many aspects of society and unleashed difficult conversations that were long overdue.”

In the biggest deportation in known history, weapons and gunpowder from Europe were swapped for millions of African slaves who were then shipped across the Atlantic to the Americas. Ships returned to Europe with sugar, cotton and tobacco.

Around 17 million African men, women and children were torn from their homes and shackled into one of the world’s most brutal globalised trades between the 15th and 19th centuries. Many died in merciless conditions.

Those who survived endured a life of subjugation on sugar, tobacco and cotton plantations. Britain abolished the trans-Atlantic slave trade in 1807 although the full abolition of slavery did not follow for another generation. – Reuters