Bank of England apologises for past links to slavery 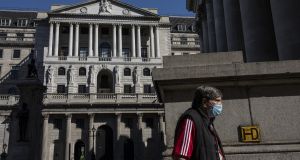 The 325-year old central bank said it is reviewing its collection of images of past leaders.

Bank of England will remove portraits of former governors linked to the slave trade as protests across the globe sparked by the killing of George Floyd push institutions and businesses to deal with past links to slavery and racism.

The 325-year old central bank said it is reviewing its collection of images of past leaders to ensure none with any involvement remain on display anywhere in the bank.

“As an institution, the Bank of England was never itself directly involved in the slave trade, but is aware of some inexcusable connections involving former governors and directors and apologises for them,” a spokesperson said.

The decision comes just hours after a report showed the BOE has managed to increase the proportion of Black, Asian and minority ethnic staff (BAME) occupying senior positions by just a single percentage point in four years, to 7 per cent. That remains a long way behind its target of 13 per cent by the end of 2022.

Despite former governor Mark Carney putting diversity at the forefront of his agenda at the bank, the BOE has struggled to reach its self-imposed quotas for ethnic and gender diversity.

Women now hold 32 per cent of senior management roles, falling short of the year-end goal of 35 per cent. The European Central Bank achieved its own target for top female bosses at the end of last year, though it fell short for all managers.

The BOE has however hit its goal of 20 per cent BAME representation among staff below the highest management level. It also said it has reduced its pay gap for those employees to 11.3 per cent on a mean basis, from 12.2 per cent in 2019. – Bloomberg