Accelerated economic reopening plan may save many businesses from going bust 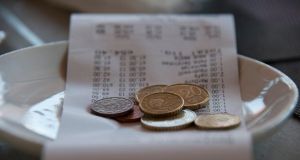 The hospitality industry is not out of the woods yet. But the Government’s willingness to speed things up has at least given it some hope. Photograph: Getty Images

Much of the focus on the State’s accelerated plan for economic reopening is around retail. Almost all shops will be allowed to reopen next week, with the exception of shopping centres, which will reopen from June 15th. Post-lockdown retail therapy – appropriately socially distanced and doused in sanitiser – awaits.

Yet the biggest winner from the Government’s U-turn on Friday is the tourism and hospitality industry. Retailing will simply be allowed to trade a few weeks early. But under the old reopening plan, the season-dependent hospitality sector’s prospects for 2020 were disastrous. Much of the industry was not to be allowed to reopen until July or, in the case of pubs, August. That has all changed.

The tourism and hospitality sector will now benefit from a dramatic speeding up of its reopening schedule to give operators a chance of salvaging a few scraps from 2020 domestic tourism season. Virtually all tourism businesses will be allowed to trade from June 29th, unless a second virus spike prompts a rethink.

As Taoiseach Leo Varadkar said on Friday, “summer is not lost”. For many operators, the schedule changes may save them from going bust.

The old reopening plan was like a pincer movement on the hospitality and tourism sector. On one side, inbound tourism remains effectively banned through the Government’s quarantine system at ports of entry.

On the other side, the domestic tourism sector was squeezed down to just a couple of weeks at the end of July and early August, once all the movement restrictions were due to be lifted. Domestic tourism really means family holidays, and once the school year starts back up again, that all ends. A few extra weeks matters hugely.

With the sector now effectively reopen from the end of the month, tourism businesses now have a fighting chance of generating some cash to see them through the winter ahead. The industry is not out of the woods yet. But the Government’s willingness to speed things up has at least given it some hope.