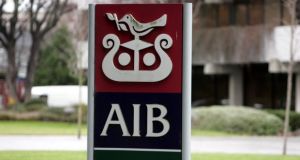 AIB earlier this week completed the exit from its former headquarters at Bankcentre, Ballsbridge and will leave adjacent premises at Hume House on 31st December.

AIB said it will move early next year to re-open a programme to cull 1,500 net jobs, as it also seeks scrape out €150 million of further cost savings by 2023 by exiting some Dublin head office locations, merging urban branches and exiting small business lending in Britain.

The bank said in a strategic update on Wednesday that it will reduce annual running expenses to €1.35 billion by 2023, having set out in early March to end 2022 with a cost base of €1.5 billion, in line with last year’s figure.

The original plan included cutting 1,500 jobs over three years, against the backdrop of rising salaries and other running costs. The latest plan sees the same level of net job cuts, but an overall departure of 1,900 full-time equivalent staff and “insourcing” of 400 roles, mainly in information technology.

While AIB pressed the pause button on the jobs-reduction front at the outset of the coronavirus pandemic in mid-March, it will relaunch its voluntary severance programme early next year, it said. This is set to run to 2023.

AIB will quit small- to medium-sized business (SME) lending in Britain, while doubling down in corporate lending in niche areas such as renewable energy, manufacturing and warehousing in that market, chief executive Colin Hunt told analysts on a webcast presentation.

The SME exit will save €35 million in the coming years. The bank reaffirmed its commitment to its Northern Ireland business.

The series of measures are designed to ensure Mr Hunt reaches his key financial goal of having a return on tangible equity (RoTE) – a key measure of profitability relative to shareholders’ equity – of more than 8 per cent, almost double last year’s level. However, the timeline for reaching this target has been pushed out by a year to 2023.

The bank is also sticking to its aim of having a common equity Tier 1 Capital ratio – a measure of rainy-day capital reserves – of more than of 14 per cent.

“Covid-19 has dramatically changed the operating environment, presenting both challenges and opportunities and accelerating the trends of digitalisation, changing ways of working and sustainability,” Mr Hunt said. “In short, it has made significant change both necessary and possible.”

AIB earlier this week completed the exit from its former headquarters at Bankcentre in Ballsbridge in Dublin 4, and will leave adjacent premises at Hume House on December 31st. It plans to vacate a further three of its six remaining Dublin head office locations as leases come up for renewal over the next few years.

Due to service overlaps in three urban areas, the bank will merge a small number of branches, all in close proximity to one another in Dublin, Cork and Galway early next year.

“Covid-19 has rapidly accelerated customers’ preference for digital banking and they are now interacting with our app more than 1.54 million times a day, compared with 40,000 daily branch visits. Branch services will further evolve towards sales and advisory,” AIB said.

The Financial Services Union (FSU) said the decision to re-open the voluntary severance programme “is ill timed and should be postponed”.

Meanwhile, AIB also said that it is in talks on potential deals to as it seeks to boost non-interest income and fill “product gaps, particularly in the life, pensions and investment segments”.

When asked whether AIB planned to set up a new life and pensions business, after putting its former Ark Life unit into wind-down during the financial crisis, Mr Hunt told The Irish Times that the bank is in talks that would see it take “a material ownership involvement in vehicles that will deliver an enhanced product suite to our customers”. This suggests it is looking at a form of joint venture.

Meanwhile, The Irish Times reported last week that AIB is in advanced talks to buy back Goodbody Stockbrokers from a Kerry-based financial services firm Fexco and the securities firm’s management.

AIB sold Goodbody in 2011 as it disposed of a number assets under a restructuring programme tied to its €20.8 billion taxpayer bailout.