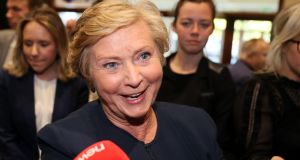 The head of the European Banking Authority (EBA) said the watchdog’s decision in September not to extend guidelines for blanket Covid-19 payment breaks was driven by a need to ensure banks’ accounts remain reliable, as he resisted calls to revisit the matter amid a second wave the pandemic.

Responding to a letter to from Frances Fitzgerald MEP, who asked the EBA to consider reintroducing regulatory flexibility for industry-wide payment breaks, the authority’s chairman, Jose Manuel Campa, said it was important that borrowers with solvency problems be recognised by banks.

Banks across the EU were allowed by the EBA guidelines, issued as Covid-19 swept through Europe earlier this year, to not account for loans subject to short-term payment breaks between March and September as non-performing debt, which would otherwise require banks to set aside further loan-loss provisions.

“The aim of the [guidelines] was to recognise the exceptional nature of the health crisis, which left many firms with liquidity issues,” Mr Campa said in the letter, dated November 12th.

“One important element that has been taken into account in this discussion, and driving the EBA decision not to extend, is the need to ensure that the credibility of banks’ balance sheet data is not jeopardised.”

Still, Mr Campa said that the EBA will continue to monitor the situation.

As of the end of October, 85 per cent of 153,000 payment holidays extended to Irish households and businesses had expired. More than 86 per cent of owner-occupier mortgage accounts within the group had returned to normal payments, with 10 per cent not repaying in full and 3.8 per cent repaying on an extended term, according to Banking & Payments Federation Ireland (BPFI) data.

Active payment breaks at the end of October stood at 1.9 per cent of all Irish owner-occupier mortgages. Still, they remained at 9 per cent for small- to medium-sized businesses.

The Central Bank of Ireland has consistently said since September that it was best to move to tailored, individual solutions from the “one-size-fits all” payment breaks. However, it has pressed banks to offer “interim measures” to support borrowers suffering temporary income shocks amid the current coronavirus restrictions, as longer-term solutions are being considered.

Banking sources have said that there hasn’t been a fresh surge – to date – in demand for forbearance as a result of the Republic’s move into elevated Level 5 Covid-19 restrictions last month. However, they warned that a lot depends on how the economy performs in the coming months.

The the Central Bank wrote to chief executives of the retail lenders last week saying that while “considerable efforts” had been made by the sector to introduce the payment breaks and draw up plans to support borrowers after the relief period ended, bank’s “high reliance on temporary and very short-term forbearance” is an area of concern.

The Central Bank also highlighted a “lack of innovation” in the range of loan forbearance options being offered to borrowers.